Fuel prices at all time high – Petition filed in Court to bring Petrol, Diesel under GST

Fuel prices in India are at an all time high. As of today, petrol price is at Rs 84.73 per liter while diesel price is at Rs 72.52 per liter. During the 19 day period prior to Karnataka elections, fuel prices did not increase, but immediately after the election, prices have started to increase everyday. 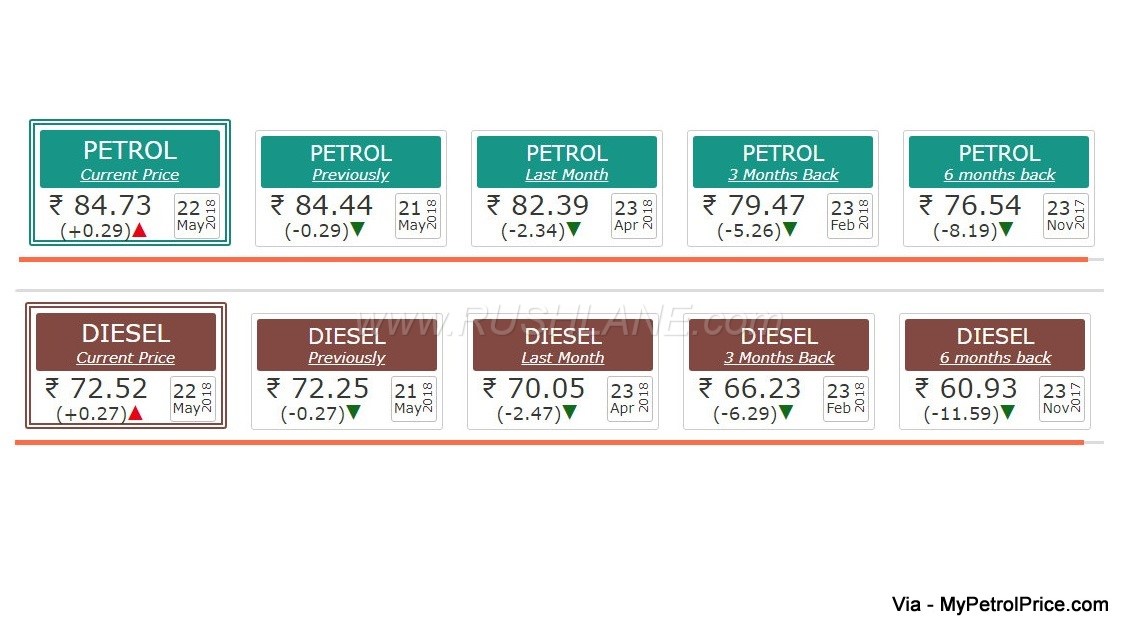 The Oil Ministry had earlier sought a reduction in excise duty on both petrol and diesel to cushion the impact of rising international oil prices. This was however turned down by Finance Minister Arun Jaitley in budget presented on 1st February.

Among all South Asian nations, India ranks the highest where retail prices of petrol and diesel are concerned with taxes accounting for half of fuel pump rates. More than 48% of petrol’s value and 38% of diesel value is charged by the govt as tax in India.

Excise duties have been raised 9 times during the period November 2014 to January 2016. The Government had only cut excise duty by INR 2 in October 2017 when petrol was at INR 70.88 per liter and diesel was at INR 59.14 per liter. It was in June 2017 that state owned oil companies decided to do away with 15 year old practice of revising fuel rates on 1st and 16th of each month and instead adopt a daily price revision system.

Petroleum Minister Dharmendra Pradhan said – The rise in petrol prices is not restricted to one state. The issue has been sent to GST Council which will take the decision eventually. I appeal to the council to bring this matter under it.