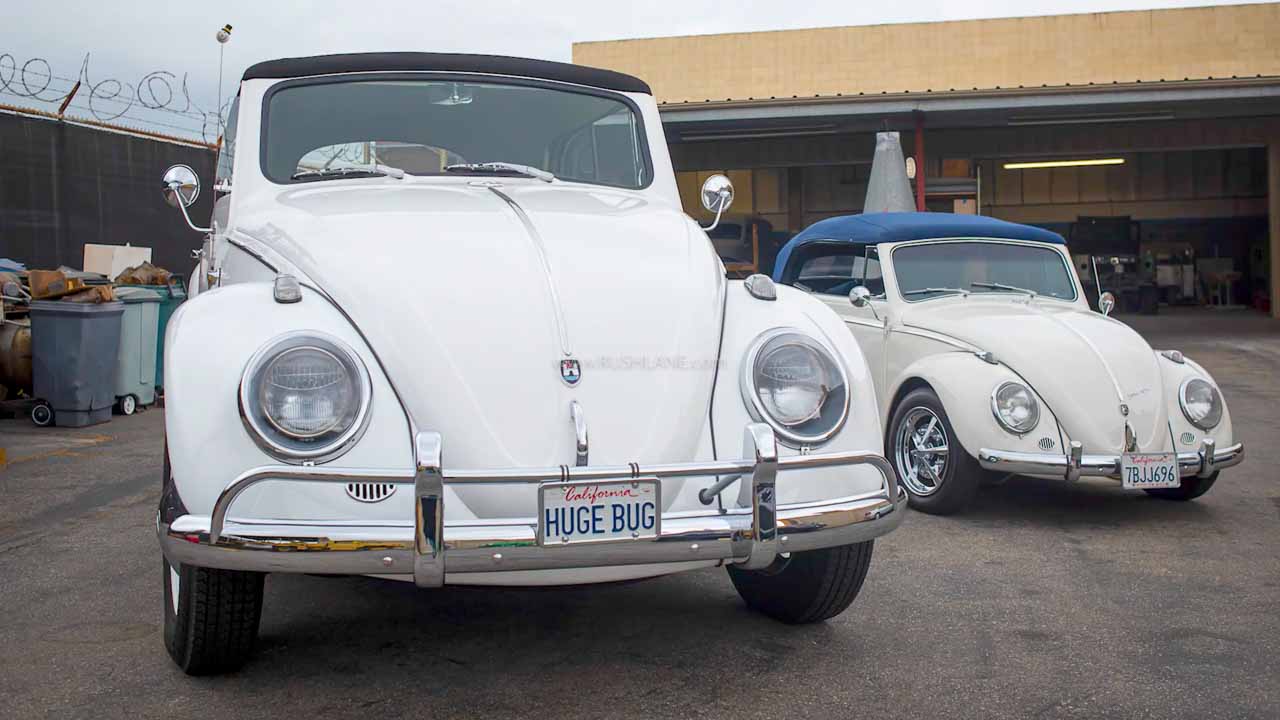 Volkswagen Beetle needs no mention as it is one of the most iconic car models that is still found across the world. However, VW dropped the model from its line-up last year, but the Beetle is still revered among its fans. The car found many takers back in the day because of its small size and unique design.

It was in every sense a common man’s which could be used for an everyday commute. Since then many cars have attempted to create something similar of sorts but the Beetle remains an iconic design. Now, road presence is something one wouldn’t normally associate with a VW Beetle due to its numbers in roads and small size. However, the example here might make you think about that again.

A father-son duo has built a VW Beetle so large that it is claimed to be bigger than a Hummer. Its sheer size is ought to blow everyone’s mind. While its size cannot be understood on a screen but when put on the side of a regular Beetle, one can gauge its gigantic proportions. “But how did such a car came into existence” is our key question.

Process of building the Giant Beetle

Scott Tupper, the owner, and his father decided to build this custom Beetle and fittingly named it ‘Huge Bug’. They acquired a 1959 Beetle and decided to scale up the entire vehicle by 50 percent. However, they later realised that creating that big car would not have been legal on road. They checked with local authorities, and found that if they increased the size by about 40%, they can make it road legal. Thus they decided to increase it by 40%. They needed every part and component of the regular Beetle upscaled by 40 percent.

They digitised the 1959 Beetle by scanning it into a computer. Once that was done, they enlarged each component by 40 percent and constructed custom body panels using that information from scanning to build templates. It required them to create 3,514 such parts in the metal fabrication shop they own. Not only body panels but connecting tools such as screws, nuts and bolts had to be built from scratch to support those panels.

For a car that size, they couldn’t have used the same platform as that of the Beetle. Therefore, they decided to build it upon the chassis of a 2010 Dodge Ram full-size pickup truck. This setup is powered by a 5.7-litre Hemi V8 engine. They have also focussed on the detailing inside which resembles the original Beetle. Since the Dodge truck is automatic but the Beetles are manual so they have introduced a fake clutch pedal and gear lever to make it feel like a manual car, though it is an automatic transmission.

It is also equipped with modern creature comforts such as power steering, power windows and heated and ventilated seats. The Huge Bug tips the scales at a massive 2,800kg. The hood itself weighs around 90kg. The father-son duo intends to keep it with themselves even after receiving several lucrative offers for it.