This development will allow for seamless movement of vehicles across India

Union Minister of Road Transport and Highways and MSMEs, Nitin Gadkari, has announced that India will be “Toll Booth Free” in the next two years. The Government of India has cleared the use of GPS based toll collection across the country. This new system will see toll amounts automatically deducted from the vehicle owner’s bank accounts based on the movement of vehicles.

The use of GPS based toll collection system via GPS – Global Positioning System will ensure smooth movement of vehicles as against the current serpentine queues seen at toll plazas. This will make the use of toll booths redundant as the amount of toll will be directly deducted from the bank accounts of the vehicle users as was explained by Gadkari. This GPS system has been with the help of the Russian Government and in the next two years a full fledged toll collection system via GPS technology will be in use.

Vehicles with GPS tracking systems currently include all new commercial vehicles while the Government of India also plans to install GPS technology on older vehicles. Gadkari also confirmed that he expects toll collection to reach Rs.34,000 crores by March 2021 while Government toll income is set to be Rs.1,34,000 crores over the next 5 years.

The Central Government has been taking active measures so as to ensure seamless movement of vehicles across India. Over the past year the Center has been pushing for mandatory use of FASTag at National Highways. 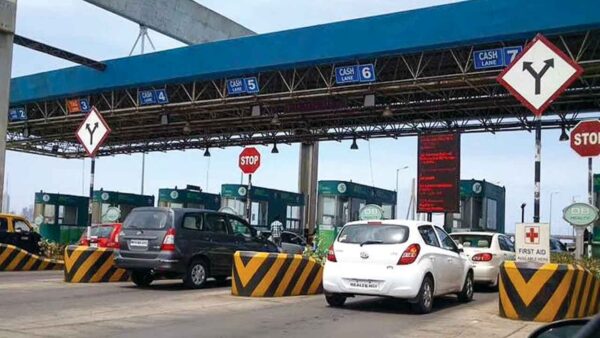 This not only reduces traffic congestion at toll plazas but ensures that every passing vehicle is charged. FASTag ensures cashless transactions, makes toll collection more transparent while at the same time brings in reduction of fuel consumption and curbs air pollution.

As on date, the Ministry of Road Transport and Highways (MoRTH) is working on making FASTags mandatory for all four wheelers from 1st January 2021. This would promote digital and IT based payment of toll charges and will even be made compulsory for old vehicle sold prior to 1st December 2017.

FASTag is a prepaid tag affixed to the front windscreen of the vehicle behind the rear view camera. It is operated by National Highway Authority of India – NHAI and helps to reduce vehicular traffic at toll plazas with toll payments done electronically.

This system ensures that all vehicles pay the toll charges while vehicle passing is a seamless process. The FASTags can be recharged from time to time and customers receive SMS alerts for every payment made and the balance available.