Harley Davidson 250 cc motorcycle rendered – To be made in India, rival Royal Enfield 350

Harley Davidson surprised the motorcycle fraternity by announcing big plans to make its future product portfolio versatile. The announcement confirmed that the US cruiser specialist is diversifying into adventure tourer, street fighter and electric motorcycle segments in the coming years.

The most important aspect of the announcement, however, is a compact displacement motorcycle which is to be built by an Asian two wheeler maker. While Harley Davidson didn’t reveal the name of it’s Asian partner, international media strongly believe that it is going to be an Indian brand. Some even speculate that it could be TVS which is already making BMW 310 twins at its Hosur facility. 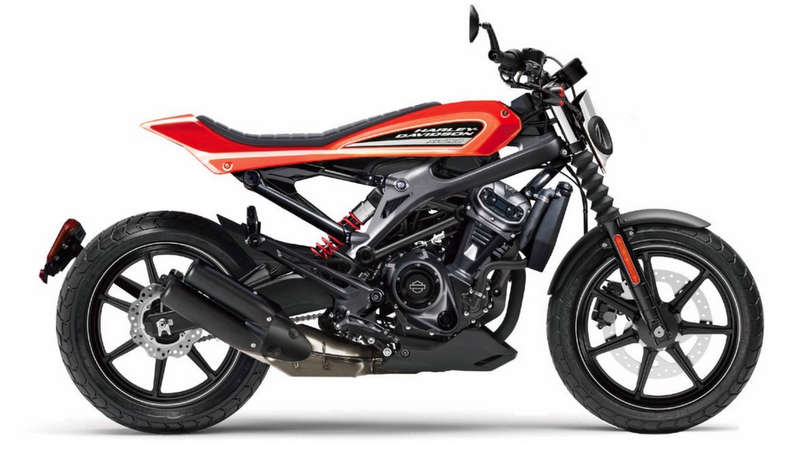 Japan’s Young Machine magazine has come up with a speculative rendering of the compact displacement motorcycle in question, which can be seen above. The product which is most likely to be powered by a new sub-500 cc single-cylinder engine is envisioned by the rendering as a flat-track ready motorcycle.

The artist has given the motorcycle a radical look thanks to minimal bodywork, an unconventional frame which is a combination of cast and tubular elements, almost non-existent front fairing which carries what looks like circular LED headlight, and an exhaust system with dual canisters.

It’s too early to talk about the technical specifications at this point but, as the rendering suggests, the motorcycle is likely to be equipped with traditional telescopic front fork, monoshock rear suspension, alloy wheels, and disc at both ends (with standard dual-channel ABS).

Harley Davidson has been witnessing a slump in its global sales of late, largely due to its inability to bring young riders on board. The new age products with sportier characters and affordable pricing are expected to plug the leak.

The compact displacement Harley Davidson motorcycle is expected to be market ready by 2022. It will be competing with the likes of Ducati Scrambler 42, Royal Enfield 350, upcoming Jawa Motorcycles, KTM Duke 390, Kawasaki Ninja 300, and so on.