Harley Davidson 338R Patent Images Leak – To Be Produced By Hero In India?

Ever since Jochen Zeitz took over as Harley Davidson’s CEO in July 2020, there have been sea of changes, most of which involved rolling back on the aggressive market and product expansion plans his predecessor announced. Under “The Rewire” strategy, the American cruiser brand has decided to trim its product portfolio by 30% and this also affects the ones that are in the pipeline.

The Harley Davidson 338R, widely referred by the international media as the “baby Harley“, has been in the news for quite a while now but the brand’s course correction put its prospects into uncertainty. However, the recent spyshots and leaked patent sketches strongly indicate that the most affordable Harley has managed to escape the restructuring process and is on its way to the production line.

The 338R is an atypical Harley Davidson because it is neither a cruiser nor does it feature a big displacement engine. Developed in association with China’s Qianjiang Group, the 338R shares its platform with Qianjiang QJ350 and Benelli 302S. The motorcycle adopts flat-track racer body style. Salient features include a slender fuel tank, heavily contoured seat, a exposed trellis frame and alloy wheels. 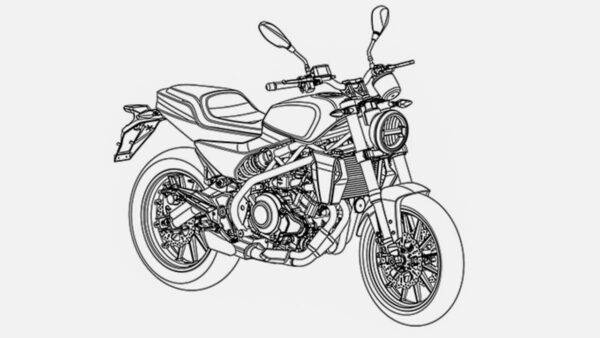 The Harley Davidson 338R will be powered by a 338 cc parallel-twin engine (final confirmation of the displacement is awaited) which is reported to generate 43 hp (5 hp more than the 300 cc engine of Benelli 302S). Transmission is a 6-speed unit. 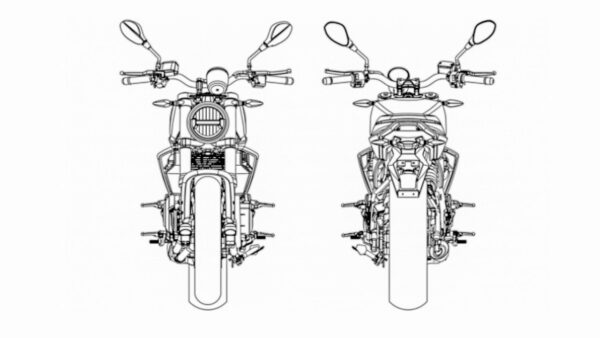 As a part of its new strategy, Harley Davidson has decided to focus only on around 50 highly profitable markets across the world. This meant withdrawing from several low-volume markets including India. However, Asia will be the primary market for the entry-level Harley Davidson motorcycle. The company has hinted that it is working on a new business model for India. This could mean, entering into a partnership with a local entity to manufacture and retail its 338R but things are too early to speculate on this front.

The Harley Davidson 338R will emerge as an important volume generator for the brand, not only in Asia, but also in Europe where medium displacement motorcycles cater to budding riders with A2 license.