Under the new management, Harley Davidson is aiming to reduce its product lineup by 30% and withdraw from several markets

After struggling for a prolonged time, Harley Davidson announced a turnaround strategy last year dubbed ‘More Roads to Harley Davidson’ which aimed at establishing presence in new product segments and enter new markets in a bid to bring incremental sales. The primary idea is to nurture a whole new generation of Harley Davidson riders across the globe.

Change of guard and strategy

Jochen Zeitz, the new president, CEO and Chairman of board of directors at Harley Davidson has opted to take a more conservative approach. For starters, the new head honcho dissolved the More Roads strategy and kick started an interim restructuring campaign under the ‘Rewire’ banner. As per the new plan, HD is set to cut 30% of its product portfolio and concentrate its resources on 50-odd profitable markets against the current 100-odd markets. 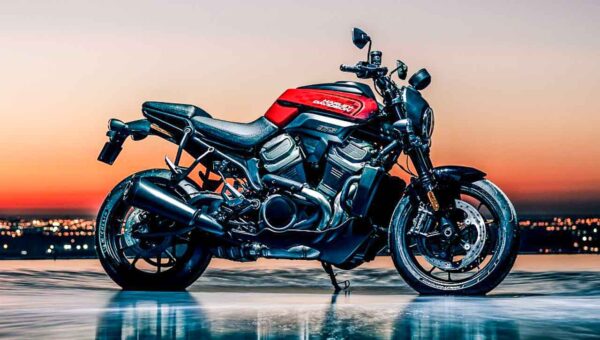 This would mean, a lot of existing products and some of the proposed future products will face the axe, and the cruiser brand will withdraw from several international markets. North America, Europe and select markets in Asia will be under the company’s radar moving forward.

The Harley Davidson Bronx 975 and PanAm 1250 were originally supposed to be introduced in 2020 but during a recent media interaction, Mr. Zeitz confirmed that the launch of adventure tourer will be pushed to 2021. When quizzed about the Bronx street fighter, the CEO’s non-committal response reiterated that the focus for 2021 is the adventure tourer. He went on to say that other product line related decisions will be revealed on real time basis.

So, suffice it to say that the future of Harley Davidson Bronx 975 is uncertain as things stand now. The stylish naked motorcycle, if launched, will employ a smaller 975 cc version of PanAm’s liquid-cooled Revolution Max V-Twin motor. The power and torque figures are estimated to be slightly better than those of the popular Yamaha MT-09. Intended rivals include Kawasaki Z900, Ducati Monster 821, Triumph Street Triple, etc.

Going by the images previously shared by the company, the Harley Davidson Bronx 975 is a good looking motorcycle with top-spec equipment. It would be a shame if it doesn’t see the production line.