Flat track racing is a form of track racing which originates from North America. Also known as ‘dirt track racing’, the sport is at least a century old and is being welcomed across the world. Harley-Davidson is arguably the most dominant name in flat track racing even though names such as Indian Motorcycles, Triumph Motorcycles and even Yamaha Motor have bagged championships over the years.

In fact, Harley-Davidson India introduced the unique motorsport in the country back in 2018, in association with Italy-based Di Traverso School which literally translates to ‘Sideways School’. The flat track racing school is headed by multi-time flat track champion and an absolute legend of the sport, Marco Belli.

In flat track racing, specially-built motorcycles compete against each other in an oval track in the anti-clockwise direction. An interesting fact about a proper flat tracker is that it does not have front brakes. 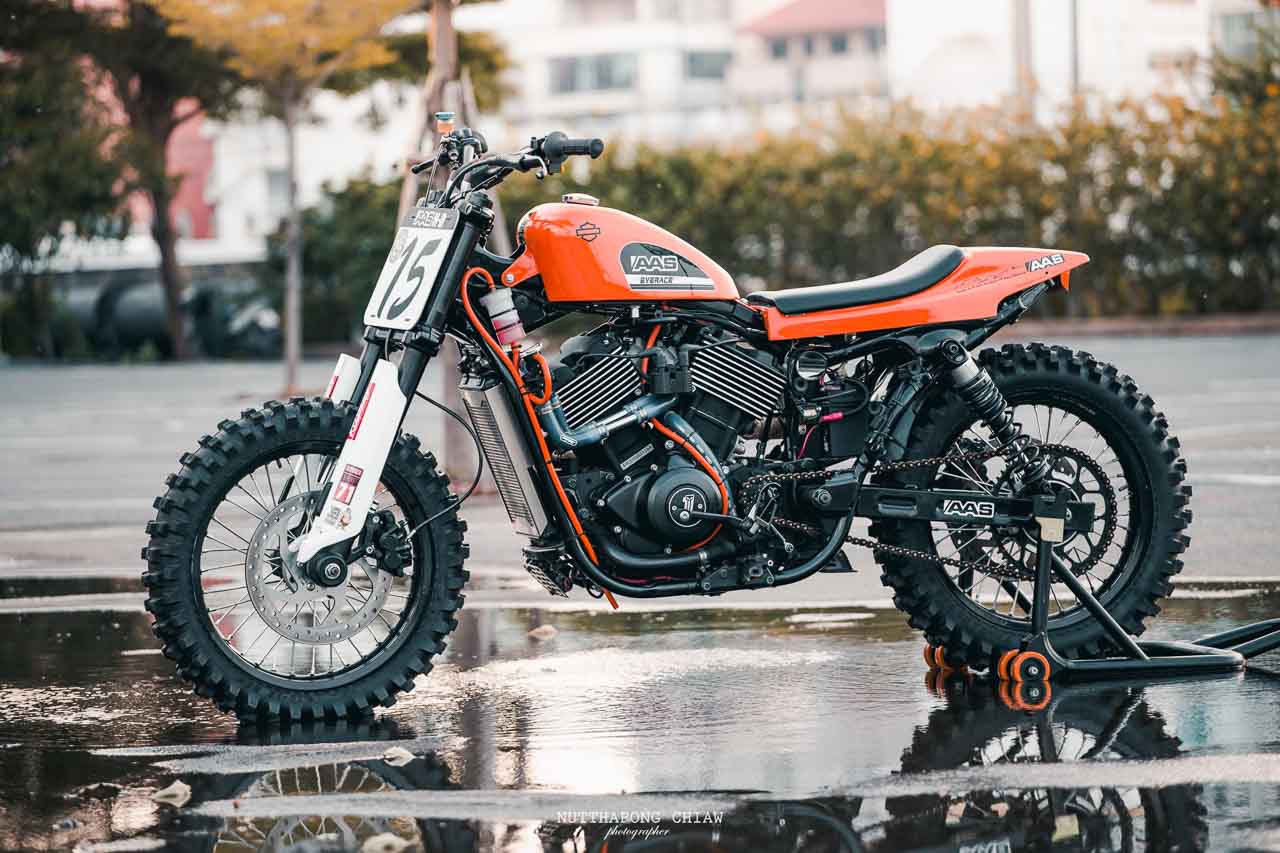 On the other hand, the rear brakes are used to set direction or control the slide rather than slowing the bike down. It is a lot different from traditional circuit racing techniques since riders need to unlearn many practices usually associated with riding a motorcycle — starting with the absence of a front brake lever.

AAS Harley-Davidson, the American motorcycle maker’s dealership network in Bangkok, has built a flat tracker based on a Street Rod 750. It does get a front brake to make life much easier but otherwise, the motorcycle is completely stripped down with good attention to function over form. In the process, the form took an effective path as well. Except for the 749cc Revolution X V-Twin power plant (still a stretch from its stock format), almost all the components on the donor motorcycle have been changed.

An untouched Street Rod 750 is good for almost 70bhp @ 8,750rpm and 65Nm @ 5,000rpm. One can be sure that AAS Harley-Davidson’s flat track build showcases significantly different output characteristics. When it comes to building a flat tracker, it is very easy to make a wrong move. On the bright side, the genre is relatively unpopular and is mostly safe from the hands of tasteless modders.

Meanwhile, Harley-Davidson is working on a new series production flat tracker motorcycle to take on the Indian FTR 1200. Reports state that it will be powered by the brand’s new Revolution Max V-Twin motor which will also serve its duty in the upcoming Pan America, Bronx and a rumoured cafe racer. Of course, the tuning could be different across the range and sources suggest that the flat tracker and cafe racer models would be slightly lower on displacement.