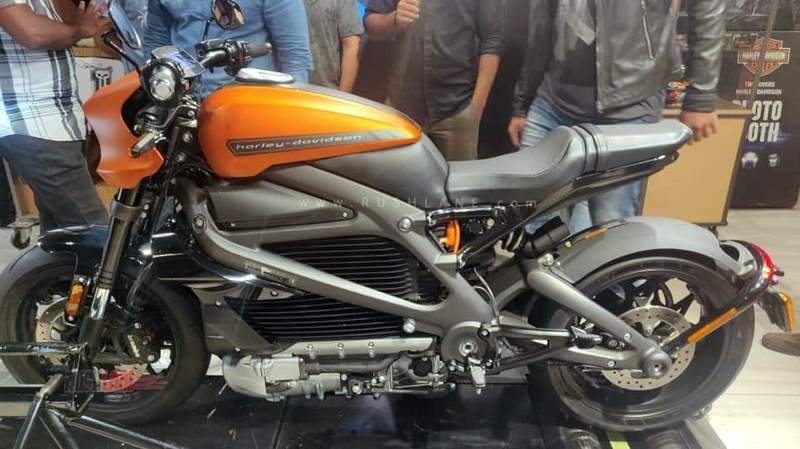 Update – 21st Oct, 2019: Harley Davidson has resumed sales and production of their flagship electric motorcycle as they found the charging problem only in one motorcycle.

The problem appears to be related to charging and the company has asked current owners to only charge the $30,000 electric LiveWire at company dealerships. This shows that there could be an issue with charging the bike via lower voltage outlets in homes and a problem with final quality checks.

Harley Davidson which commenced shipping of the LiveWire from September could be undertaking more testing so as to work around this issue but for now, production has been stopped. Harley Davidson LiveWire was showcased as a concept in 2014 and went into production in 2019 with deliveries commencing from 27th September. It was the company’s first offering in the electric motorcycle segment and priced at $29,799 (INR 21,24,445).

This electric motorcycle gets a 15.5 kWh battery and magnetic motor offering 105 hp power and 86 lb/ft (117 Nm) torque offering a city range of 234 km in city limits. The battery powered LiveWire accelerates from 0 to 100 kmph in 3 seconds and can hit 177 kmph. Charging is upto 100 percent in 60 minutes.

Harley Davidson LiveWire consists of 5 processors to take on performance and app based connectivity. It gets a tablet type dash linked to a smartphone for setting various riding modes and offer information in terms of power output, charge status, traction control and braking etc.

Harley Davidson is also working on increasing the number of charging stations and has partnered with Electrify America LLC to offer all Harley riders 500 kilowatt hours of free charging time. Following this latest announcement, there is no indication as to when the LiveWire production will commence.