The XR338 is a concept Harley Davidson 338R; which could influence the its street tracker version

With global sales getting affected due to pandemic and closure of business operations in emerging markets such as India, the American manufacturer has not had a pleasant 2020. However, the brand has a very rich legacy over many years and it is confident about its resurgence in future.

A couple of months ago the 338R from Harley was the talk of the town as several spied images and patent sketches had leaked on the internet giving us an idea of what the company’s future could look like. Termed as the ‘baby Harley’, this bike looked nothing like a typical Harley Davidson. 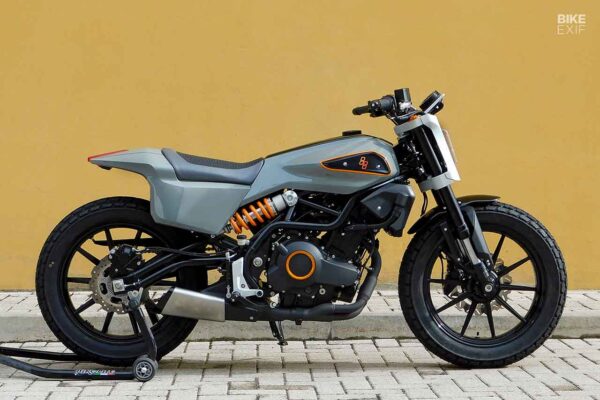 Atypical because neither does the bike belong to a cruiser segment nor does it feature a big displacement powertrain. The motorcycle adopts a flat-track racer body style. Even though flat trackers aren’t quite the big thing these days, an Italian industrial design house has seen potential in this segment and therefore created its own concept prototype. Just like teased patent images of 338R, the XR338 too is based on Benelli 302S.

Founded by Alberto Strazzari in 1979, Engines Engineering (EE) specializes in motorcycle design and development and have worked previously with OEMs like Yamaha, Ducati, Honda, Benelli, Suzuki and many more. 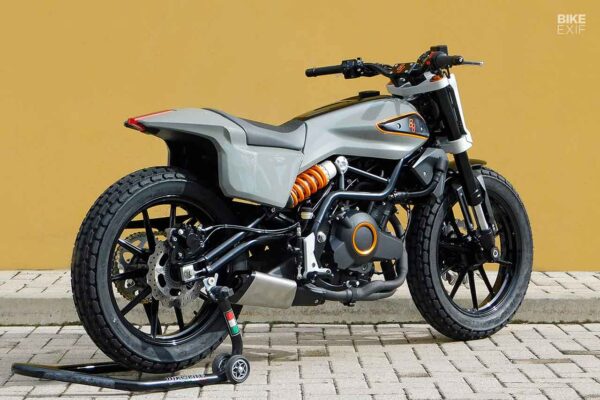 It has also provided its services for designing purposes for local Italian manufacturers. However, this is the first time it has attempted something like this on an existing model and turned it into something completely different.

Dubbed as XR338, this naked street tracker is aimed primarily at the younger consumers of the US market. Design-wise, EE has admitted that the XR338 draws major inspirations from Harley-Davidson XR750. The iconic flat tracker is celebrating its 50th Anniversary this year. EE claims that the prototype is fully functional and 70 percent ready for production. 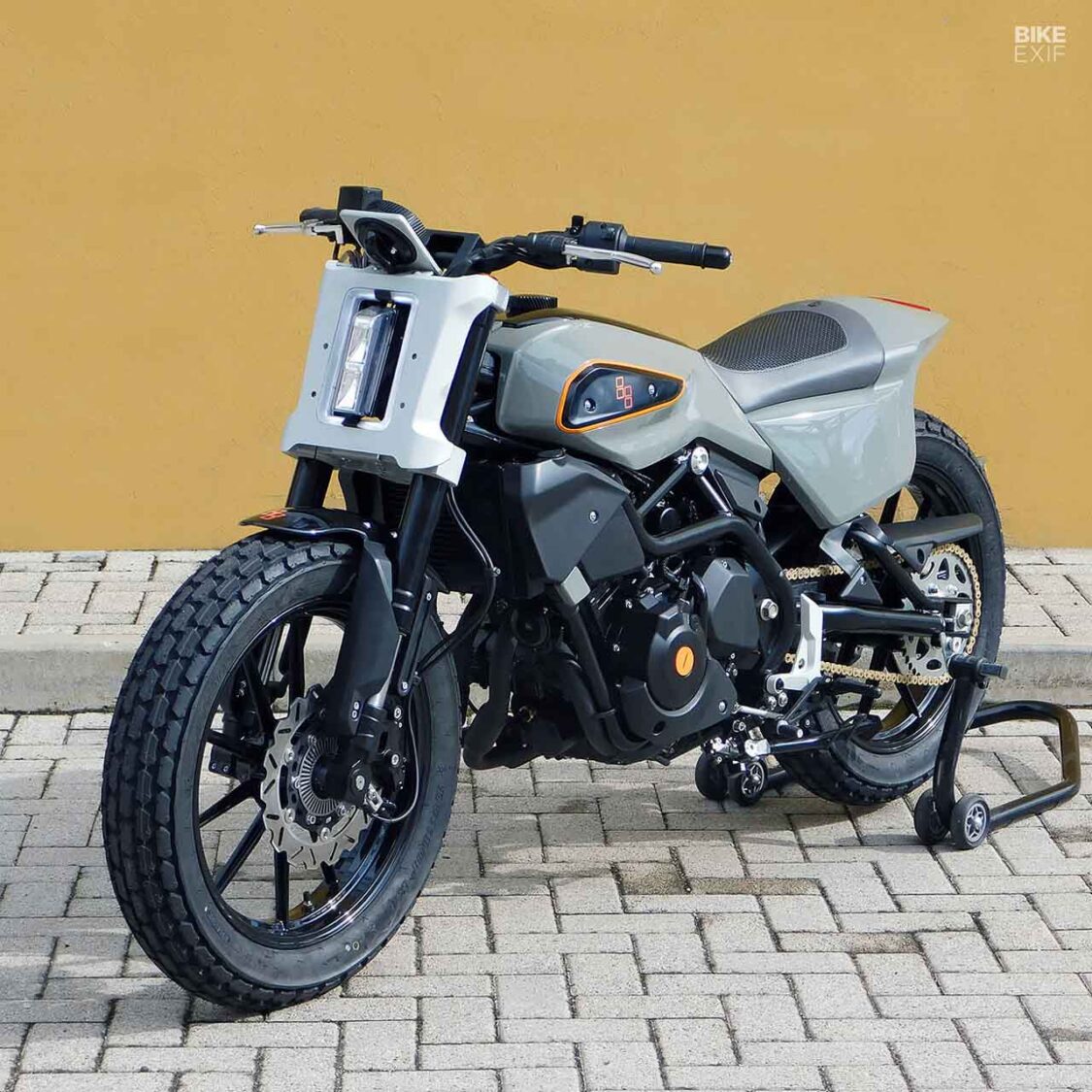 Although most of Benelli’s components are intact, it gets its own modified frame with the stock 302S trellis structure making way for a more flowing affair. EE has also added its own body, fuel system, LED lighting, instrumentation and a new pair of 18-inch custom wheels. Suspension has also been tweaked slightly in accordance with the new wheels and bike’s revised mass. It also receives a new exhaust muffler and ECU unit.

EE has designed the XR338 keeping in mind the latest emission norms including Euro 5 standards, US DOT, and even CARB requirements thus removing most hurdles before production. EE claims to have built this prototype in 120 days and it would take another six months to complete the last 30 percent remaining for it to be production ready. 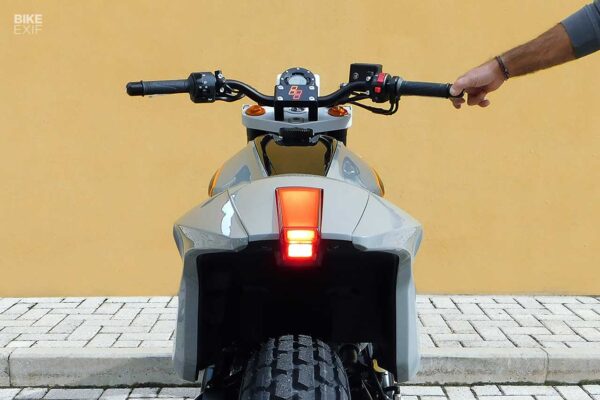 Benelli 302S is powered by a 300 cc twin-cylinder which pushes out 37.5 bhp and 25.6 Nm of peak torque. Even though XR338 will share its underpinnings with Qianjiang QJ350 and Benelli 302S, it is said to carry its own American heart and soul. Speculations are rife that the 338R will be powered by a 338cc parallel-twin engine which will produce 43 bhp. It is expected to be paired with a 6-speed transmission unit.

Whether the XR338 draws some inspiration for folks at Harley Davidson is yet to be seen but its design is definitely a head-turner. Also, the future of 338R in India hangs in balance since Harley Davidson relinquishing its duties in the country and handing it over to Hero MotoCorp.