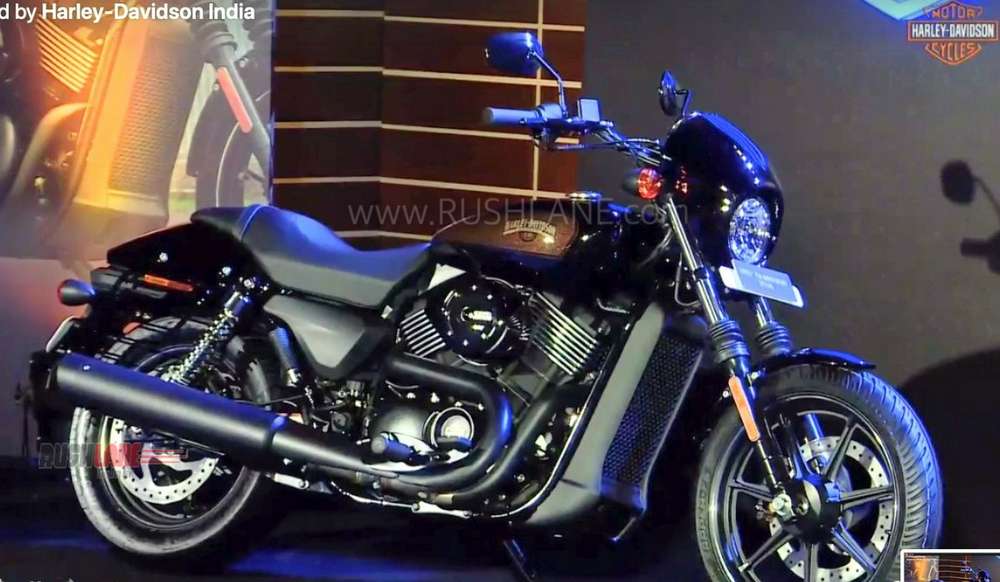 Celebrating their 10th anniversary, Harley Davidson India has launched a limited edition Street 750. With production limited to just 300 units, the new Harley Street 750 anniversary edition is priced from Rs 5.47 lakhs, ex-sh. This is about Rs 25k more expensive than the regular Street 750. And is about Rs 1.1 lakh cheaper than the Street Rod.

In the words of the company, the 10th anniversary edition is inspired by the Indian motif. The maroon and dull gold/bronze ornate motif is found on the fuel tank, and also finds place just above the taillight.

On the fuel tank, the words Harley Davidson India are written alongwith the 10 year dateline of 2009 – 2019. The dateline and India is mentioned even in the rear, and the company logo too is outlined in gold.

As the Indian auto industry transitions to BSVI mandates by April of 2020, Harley-Davidson India is currently the sol big bike manufacturer in the country to announce it’s BSVI readiness and certification. As it stands the MY20Street 750 will be the brands first BSVI bike rollout. In order to ensure timely transition, the company had laid the groundwork at its plant in 2017 itself.

It goes on sale across India, at all their authorized dealerships. Apart from launching the new Street 750 edition, Harley has also unveiled their first electric motorcycle, the Livewire in India today. It will launch later this year in India.

Speaking about the Harley Street 750 anniversary edition, it is powered by the same 750cc twin cylinder engine, which is also seen on the existing Street 750 and the Street Rod.

This engine is rated to deliver 53 hp and 59 Nm. Kerb weight of the bike stands at 233 kgs. It is mated to a 6 speed gearbox. Top speed stands at 177 kmph. At the launch event, Harley Davidson also confirmed that they have gotten the Street 750 certified for BS6.

Harley Davidson adds that they are the largest brand for big bikes in India. And they have over 24,000 owners. This is the end result of the company’s 10-year long presence in India.