RUSHLANEDAILY AUTO NEWS
HomeBike NewsHayabusa mileage test in India - How far can you go for...

Hayabusa mileage test in India – How far can you go for 1 liter petrol?

Being rated as the fastest bike on the planet at the time of its launch in 1999, Suzuki Hayabusa was never designed from the mileage perspective. However, as one popular ad shows our inherent psyche, we won’t even feel shy to ask about the mileage of a spaceship.

So, naturally, knowing the mileage of bikes is a must for us, irrespective of whether it’s an entry-level 100cc bike or one of the world’s top sports bike such as Suzuki Hayabusa. Fulfilling the curiosity of mileage seekers, bike enthusiast and famous Youtube vlogger Jasminder Singh (Jaysn) has posted this video, which reveals the actual on-road mileage of Suzuki Hayabusa 1300cc motorbike. 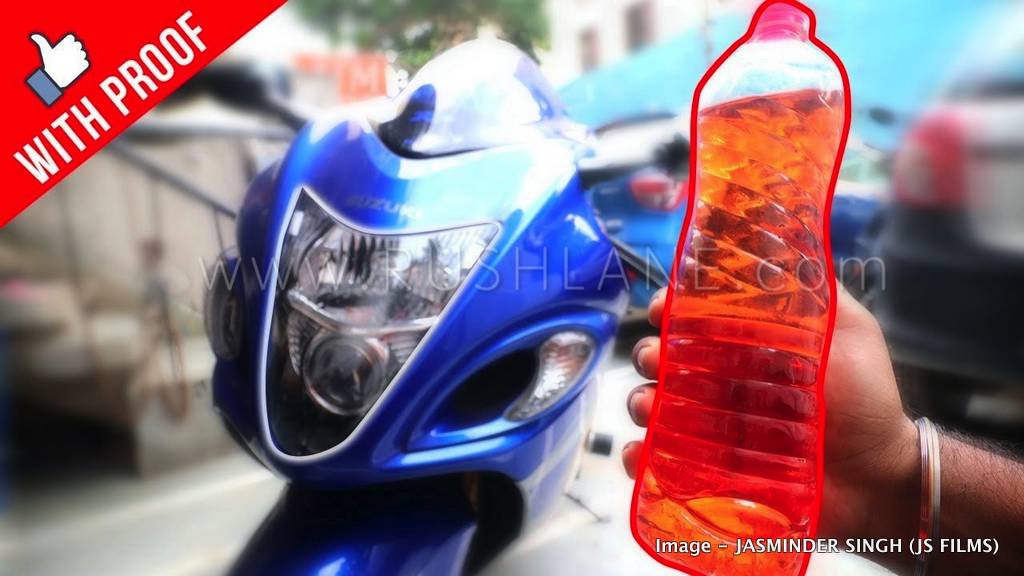 Jaysn starts with removing all the petrol from his Hayabusa and taking it for a drive to burn out any remaining fuel and fumes. Surprisingly, the bike continues to ride for around 18 kms. After riding for around 18 km, the bike goes entirely dry and the engine starts to sputter.

This is when Jaysn stops the bike and fills it with exactly 1 litre of 93 octane petrol. He also resets the trip-meter to zero. He starts riding again, and after around 15 km, the engine starts to sputter again. Jaysn says this clearly indicates that Hayabusa gives a mileage of around 15 kmpl in average daily city traffic. He also mentions that his Hayabusa has given mileage of 18- 20 kmpl on open roads and highways, and even 20+ kms on certain stretches of the Ladakh route.

Another thing Jaysn mentions is that he has installed TBR black series custom exhaust system, which may reduce the mileage a bit. According to him, Hayabusa’s mileage can be more with the original stock exhaust system.

The video is certainly insightful, especially for curious folks who want to know everything they can about their favourite bikes. However, Hayabusa’s mileage shall never be a problem for true-blue sports bike enthusiasts.