For 4 kms, a man clung onto a SUV’s front wipers, and even tried using his phone to call the police. You may think it’s a scene straight out of a small budget film, but no, this really did happen. It’s our top pick for Hellish histrionics in the past week.

Braj Lal did in fact cling onto the windscreen wipers and lay on the bonnet of a SUV used by Ramnagar block development officer (BDO), Pankaj Kumar Gautam. This Hellish histrionics video is self explanatory. 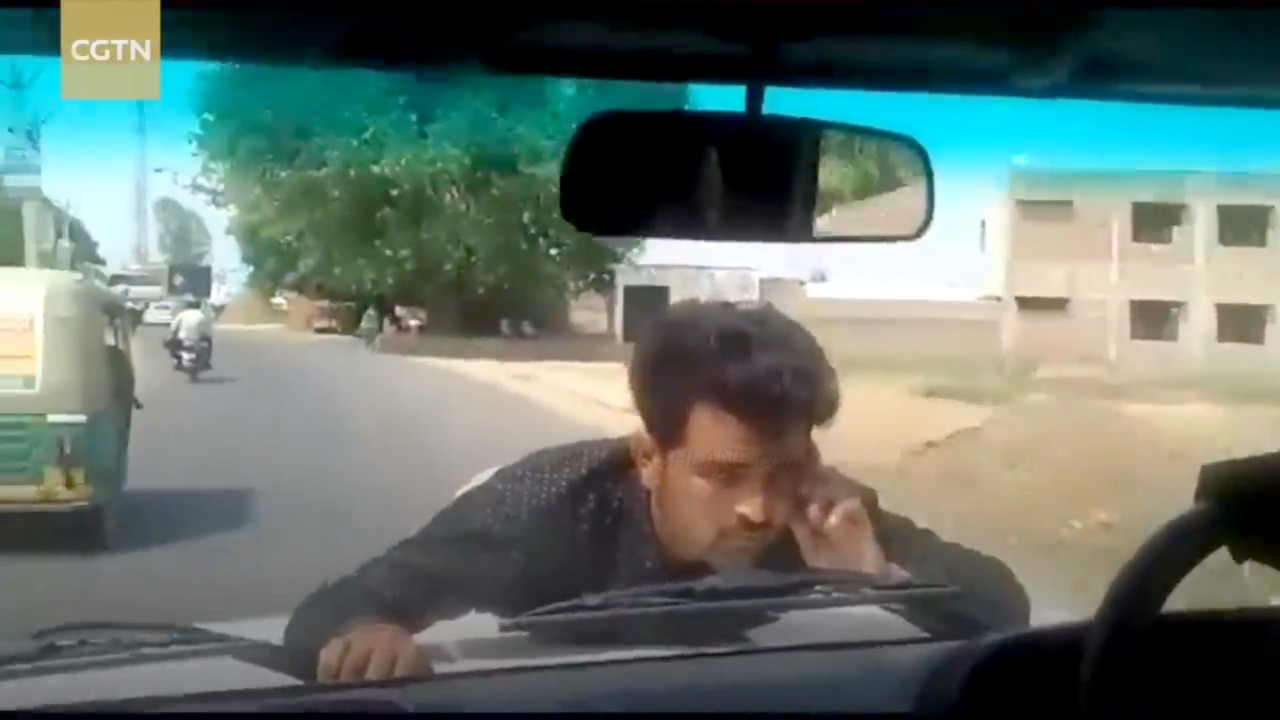 An angry protester in Bareilly, India held on to an SUV for four kilometers. Braj Lal got into an argument with development official Pankaj Kumar Gautam while seeking grants for toilets he and other villagers had built. Gautam rejected the grants since the toilets had deviated from the permitted design.

Both have registered a cross FIR against each other at Aonla police station. A TOI report details the case as follows – FIR against Gautam – IPC sections 307 (attempt to murder), 504 (intentional insult with intent to provoke breach of peace), and Prevention of Corruption Act. FIR against Lal – Sections 332 (causing hurt to deter public servant from discharge of duty), 506 (criminal intimidation), 427 (mischief causing damage) and 504 (breach of peace) of IPC and relevant sections of the SC/ST Act.

The back story – Kitona residents are awaiting a 2nd installment of Rs 6,000 each to construct toilets. Braj Lal and his friend Prithvi Singh went to meet Gautam, and saw him at Mauchandrapur market but he entered his car to leave the area. Braj Lal jumped onto the bonnet to prevent being hit, and the rest is history. At least recorded history as the BDO then took a video of the episode. Gautam indicates the move was deliberate and Lal was drunk and deliberately jumped onto the bonnet. There’s no explanation yet as to why the vehicle wasn’t stopped earlier considering the risk involved in driving with a drunk perched precariously on one’s bonnet.

As per ‘Swachh Bharat Abhiyan’ dual pits need to be constructed for toilets. Kitona villagers have constructed a septic tank, which doesn’t match permitted design protocol, and so the second installment isn’t approved. Kitona residents have been pursuing the fund allotment with the BDO but nothing’s come of it owing to protocol.