Hero Electric has unveiled the Indian market’s first trike at the ongoing Auto Expo 2020. Dubbed as the Hero AE-3, the electric three-wheeler comes with an appreciable list of facts and figures that easily make it a premium choice in a segment of its own. The new Hero Electric AE-3 trike is just one of five interesting products showcased at the biennial automotive show.

The AE-3 trike is powered by a 3kW motor that comes coupled to a 2.4kWh Li-ion battery pack. The estimated range is about 100km and the trike can hit a top speed of 80km/h (which is a decent figure in the current electric-two-wheeler scenario in the Indian market). Charging from empty to near-full takes about five hours. 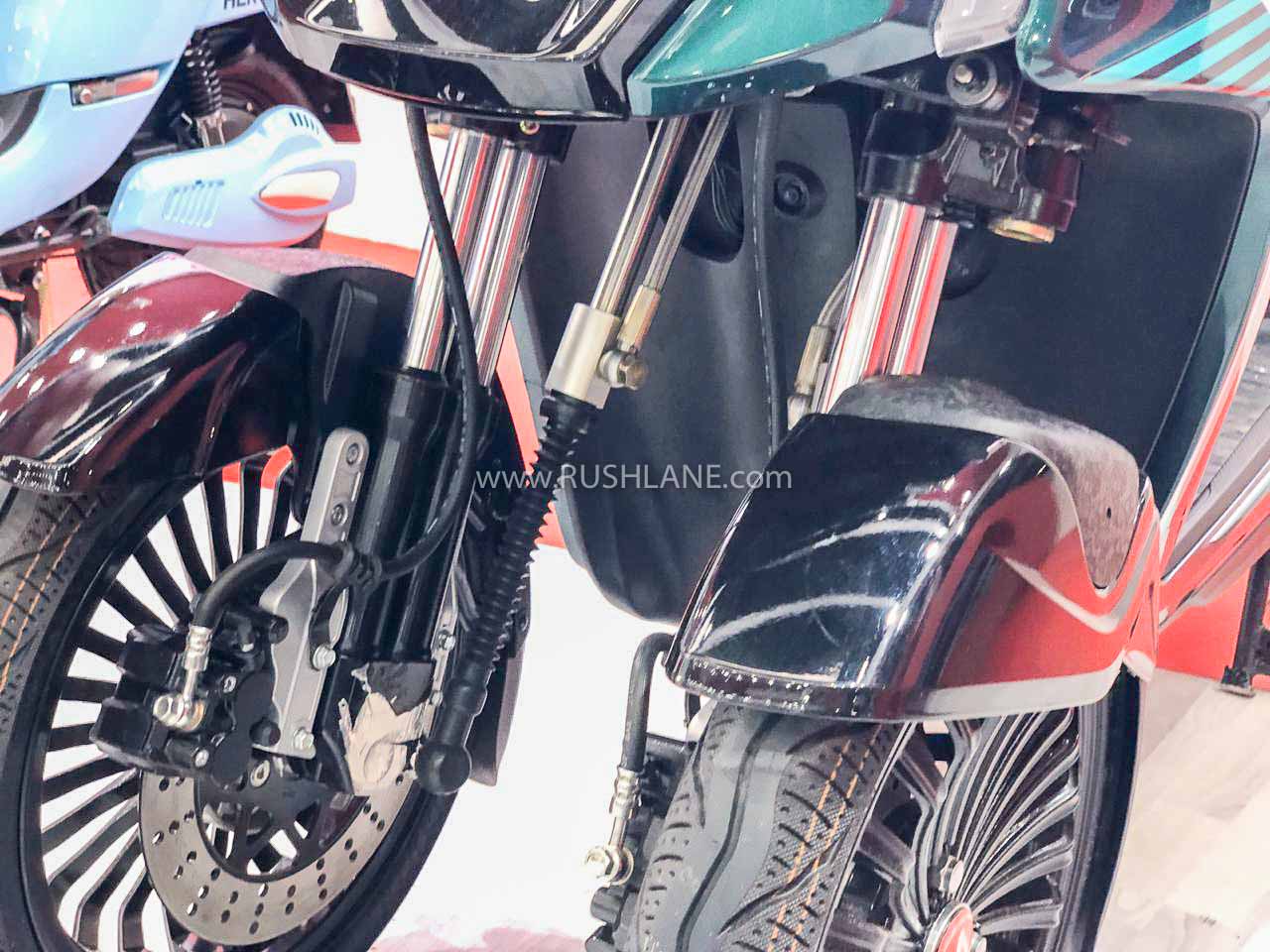 The Hero Electric AE-3 boasts of self-standing capability, like every other modern-day trike on the market right now. This is achieved through a gyroscope equipped on-board. Furthermore, the AE-3 gets an ‘Auto Balance Park’ switch which, as the name suggests, allows the three-wheeler to balance itself while being parked. The instrument console is fully digital and comes with smartphone connectivity, GPS, real-time tracking, geo-fencing, etc.

For added convenience, there is a Reverse mode. Even though a virtual ‘reverse gear’ is becoming common in premium electric two-wheelers, the AE-3 will particularly benefit from it since the trike has a kerb weight of around 140kg. Either front wheel and the rear wheel get a single-disc setup to provide optimal brake bias.

Owing to the list of equipment and the complexities of making a three-wheeler that can balance itself, the Hero Electric AE-3 trike could be priced much higher; at least in the range of Rs 1.5 to 1.75 lakh or more. As mentioned before, it would still be a niche choice, without having to worry about a direct rival.

Hero Electric is one of the major participants of Auto Expo 2020 at this year’s Auto Expo. The 15th instalment of the event sees much lesser participation that its previous editions and the focus seems to be more on electric vehicles.