Hyderabad based two wheeler rider, Krishna Prakash is a serial offender. He has collected 135 pending traffic challans for traffic violations with a total penalty of Rs 31,556 pending against him. The bike, Hero Glamour bearing registration No TS10 ED 9176 has finally been seized while Prakash has been sent to court and counselling.

Prakash was apprehended by the Narayanguda traffic police sub-inspector M Krishnam Raju at the Himayatnagar Y Junction for not wearing a helmet. It was then that the police came to learn that the culprit had collected 134 challans to date, while this was his 135th challan and he had paid none of the dues. 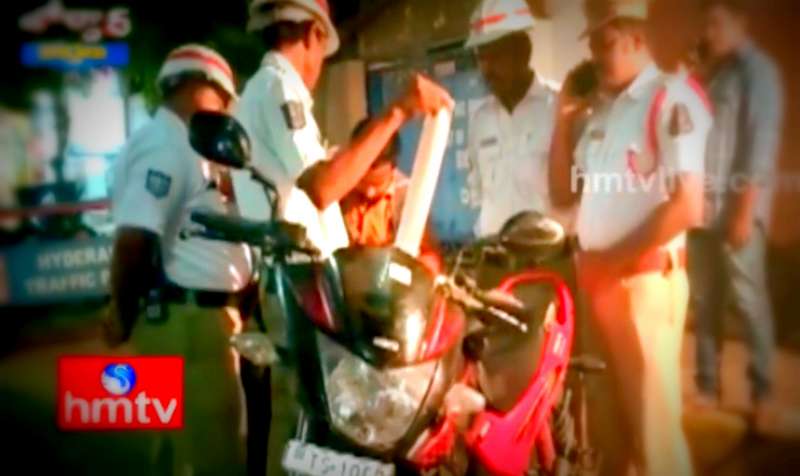 The other challans were issued for breaking various other traffic regulations such as jumping signals, driving on the wrong side of the road and speaking on the cellphone while driving. Despite this host of offences, Prakash has only paid one penalty in June 2016 and has since then avoided making any further payments but kept collecting challans by the dozens.

According to the Telangana State Police e-challan portal, the bike was found violating traffic regulations during the period June 9, 2016 andNovember 1, 2018. 46 e-challans have been issued for riding without helmet in areas that fall under the Marredpally traffic police stations while 18 e-challans were issued at RP Road along with 15 tickets issued at Marredpally road for the same violation.

Following this most recent traffic violation, Prakash, 38, an accounts manager with a private firm, has found himself at a dead end. His vehicle has been impounded by the police while he has been charge sheeted and will be produced before the court. Prakash has also been sent for counselling in a bid to instil some road safety practices in him.

The penalties for riding without helmet is INR 135 while talking on cell phone while riding attracts a fine of INR1,035. The total penalty to be paid by Prakash is INR 31,550 which incidentally is half the cost of his bike. Prakash also states that he will not be able to pay up this fine as for the past five months he has not received his salary.