Vadodara based Khalis Automobile Customs has built quite a few head turners but it all started with this 2003 Hero CBZ based Twelve-12 (name comes from the birth date of the motorcycle’s owner). The Khalis Twelve-12 is a unique custom motorcycle whose body-style can’t be clearly categorized.

The front end, with headlamp borrowed from the Bajaj Pulsar 200 NS, has a street fighter appeal while the profile predominantly follows chopper convention with a mild hint of scrambler in it. The final product however, does look like a cafe racer. The arching fuel tank and rest of the bodywork have been handmade and it involves several manhours. 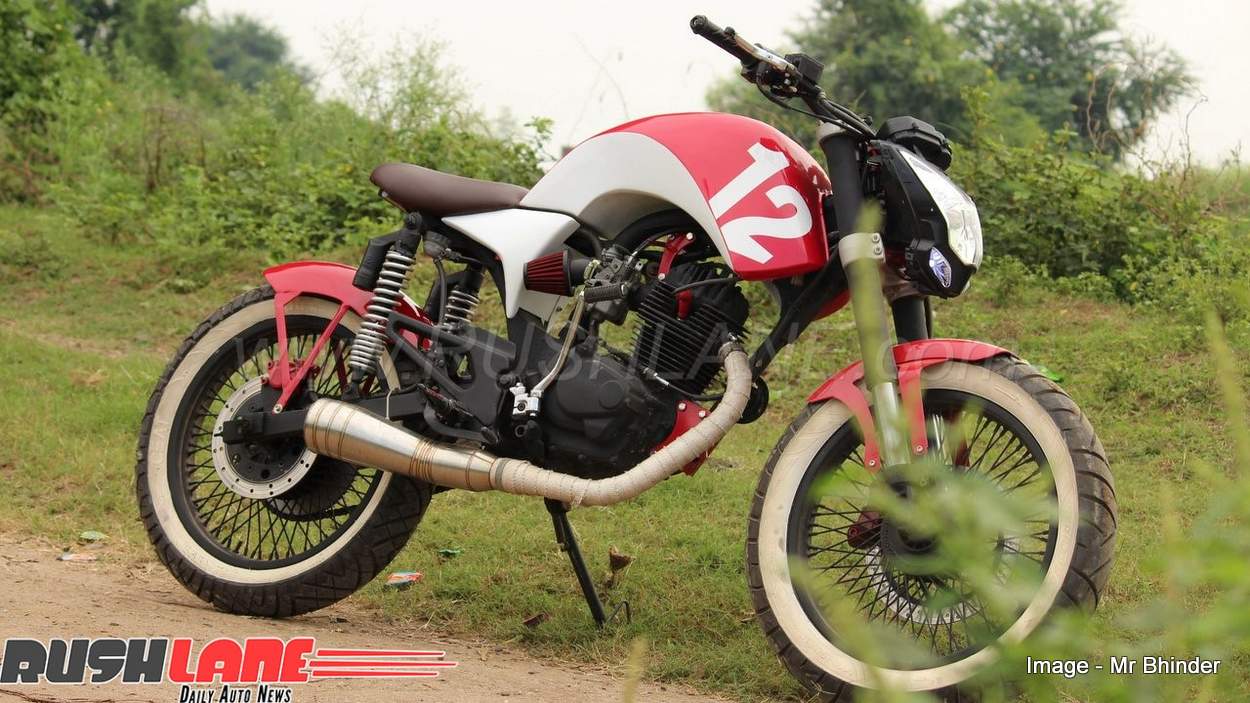 Save for the engine, there’s is absolutely no visual reference to connect Twelve-12 to its donor model. The top member of the tubular diamond frame has been bent to jel with the fuel tank. The front is suspended by an inverted telescopic fork borrowed from the KTM Duke 200 while the rear is served by a pair of gas charged shock absorbers that are mounted below the seats. A disc brake at each wheel constitute the braking system.

The most challenging aspect of this custom build is said to be the wheels. Founder Varunjeet Bhinder finally decided to go for 18-inch 80-spoke wheels that are shod with 90 and 120 section white walled tyres at front and rear respectively. The setup does render a majestic stance to the motorcycle. 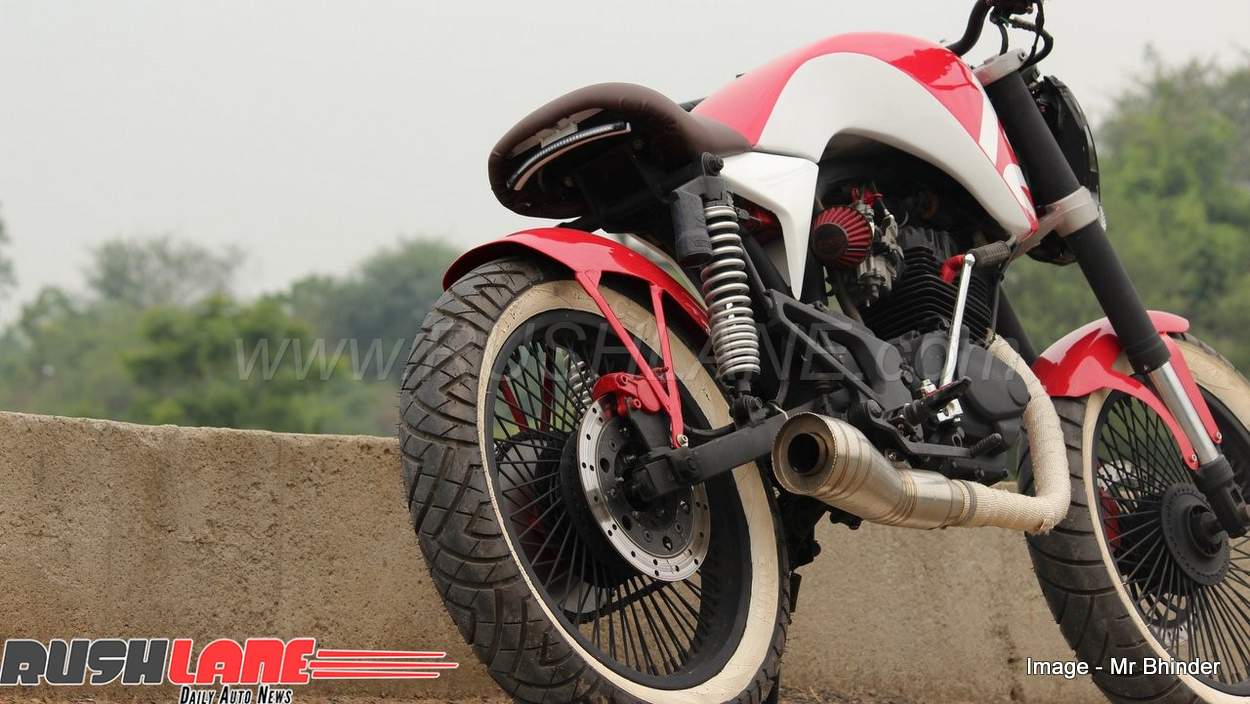 The 157 cc air-cooled single-cylinder engine has been rebored to 200 cc. The new performance figures are not known. To give you an idea, the stock motorcycle used to produce 12.6 HP and 12.7 Nm of torque. The CBZ was one of the first mainstream small displacement motorcycles in India to offer 5-speed gearbox. It was launched in 1999.

We expect a noticeable bump in the power and torque figures after reboring. A larger sprocket with 44 teeth is used to further improve torque output at the wheel.