Showcased at the 2018 Auto Expo and re-launched in India earlier this year, the new Hero Karizma ZMR has failed to stir up demand in the country. This in spite of the new avatar being marketed with new features and colours. Sales per month have been way below expectations.

It was indeed surprising that Hero MotoCorp decided to relaunch the Karizma ZMR in India one and half years after pulling it off the shelves. This was probably done because there was growing demand in the segment. Other 200 cc bikes were showing increase in sales. This could have led Hero to launch the Karizma once again in India.

In its new avatar, the Hero Karizma ZMR sees little change in design. Offered in two variants of Standard and Dual Tone, prices are at Rs 1.08 lakhs and Rs 1.10 lakhs respectively. Its sales pitch over the past five months from May to September 2018, have stood at just 64 units.

Sales in May were at 17 units while sales in June 2018 went down to 12 units followed by 14 unit sales in July. Sales in August and September were at 10 and 11 units respectively. These sales certainly lack luster considering similar priced bikes of rivals have been doing 5 digit sales per month. 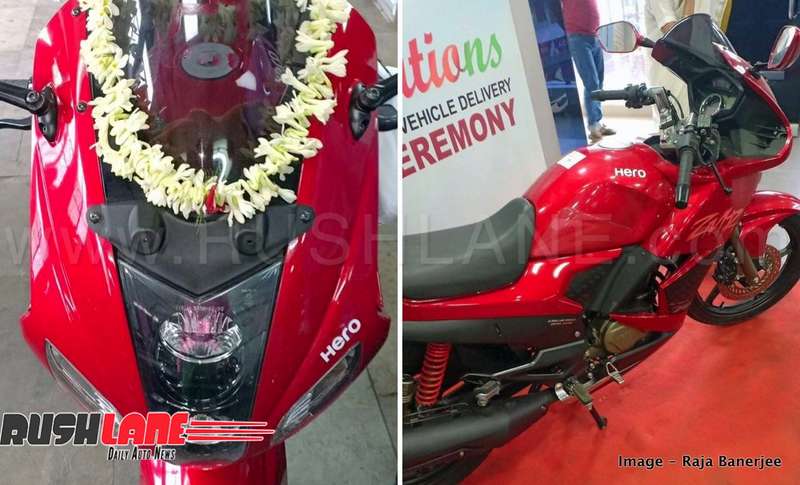 Suspension is via telescopic forks in the front and twin shocks at the rear while braking is via disc brakes at both ends. No ABS is on offer though it is slated to become a mandatory safety feature from early next year. The Karizma ZMR competes with the Bajaj Pulsar RS 200.