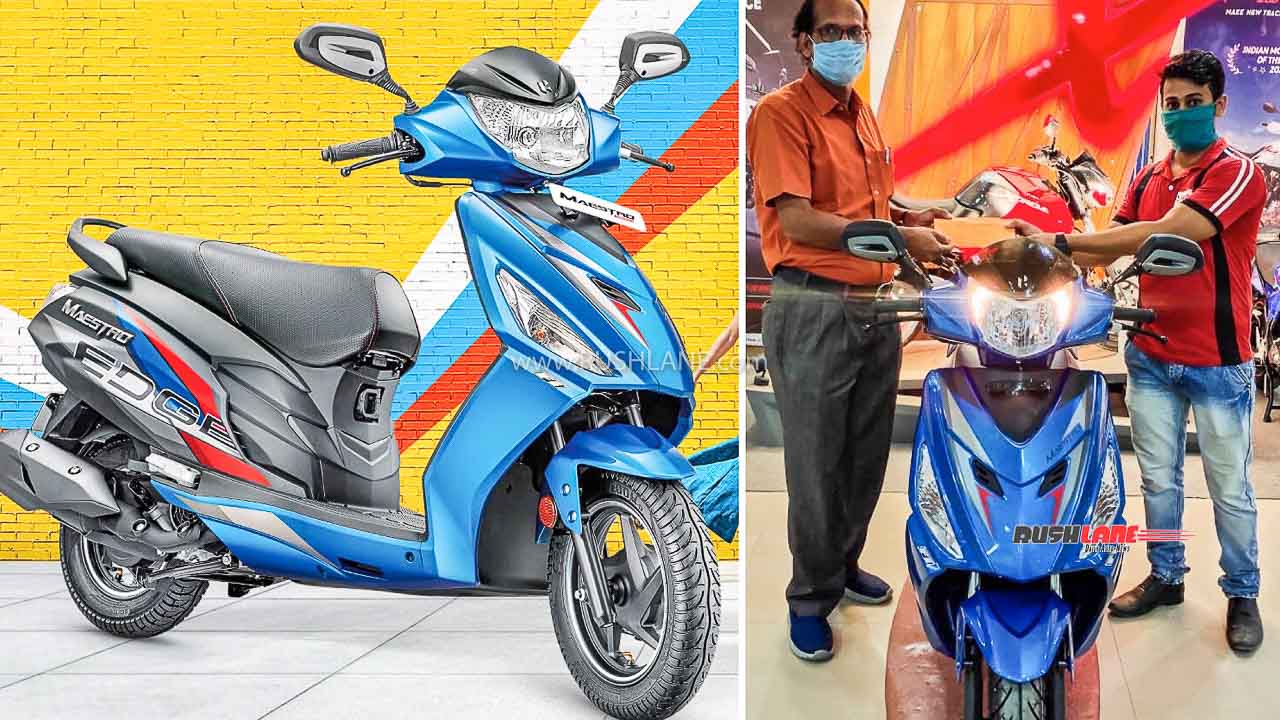 Hero MotoCorp has launched the new BS6 compliant Maestro Edge 110 scooter. It will be presented in two variants of STD and ZX priced at Rs.60,950 and Rs.62,450 respectively. Deliveries of the scooter has already started.

Sporting a similar design as seen on its BS4 counterpart, the BS6 Hero Maestro 110 scooter gets new body decals. It will be seen with features such as a halogen headlamp, LED tail lamp, semi digital instrument cluster and side stand sensor. It will also come equipped with an under seat light, USB port and external fuel filler cap as a part of its user conveniences.

The update on the website also details a total of 6 colour options. These include Midnight Blue, Seal Silver, Candy Blazing Red, Pearl Fadeless White, Panther Black and Techno Blue. The 110 scooter also receives a revised exhaust muffler that is in a similar design as that which is also seen on the Maestro Edge 125. This change has resulted in a 2 kg increase in kerb weight to 112 kgs.

Both variants of Maestro Edge 110 will be powered by the same engine that powers the BS6 Pleasure Plus. This 110.9cc single cylinder, fuel injected, air cooled engine makes 8 hp power at 7,500 rpm and 8.75 Nm torque at 5,500 rpm. The engine gets mated to a CVT gearbox. The bike will also get Xsens technology which the company states will improve acceleration and fuel efficiency.

Suspension will be handled via telescopic fork in the front and single shock absorber at the rear. The Maestro 110 will ride on a 12 inch front wheel and 10 inch wheel at the rear. Its pricing and feature put the Hero Maestro 110 in direct competition with the Honda Activa 6G (priced from Rs 65,419) and TVS Jupiter (Rs 63,552). Below are prices compared of Hero Maestro BS6 110 Rivals.

Plans are to capture a one-fifth share of the scooter market with new products planned for launch this festive season. The company could also enter the electric vehicle segment with the launch of new electric scooters in the future.