A few days ago we received the heartbreaking news of motorcycling giant Harley Davidson quitting India. The company failed to increase their sales in India and that has forced the bike maker to make this tough decision. After a decade of unfruitful returns, the company shut down all its manufacturing and sales operations in India.

The Milwaukee-based motorcycle brand on Thursday announced that it is shutting down its manufacturing plant in India. According to FADA, the closure of Harley Davidson’s operations in India could lead up to over 2000 job losses. However, that might not be the end of the road for the iconic brand in India.

What this deal could mean?

As per reports, Hero MotoCorp is close to inking a deal with Harley Davidson which will grant the distribution rights of the latter’s products in India. This distribution arrangement will allow the Indian bikemaker to import and sell Harley-Davidson bikes in India. However, there has been no official word from either of the companies. 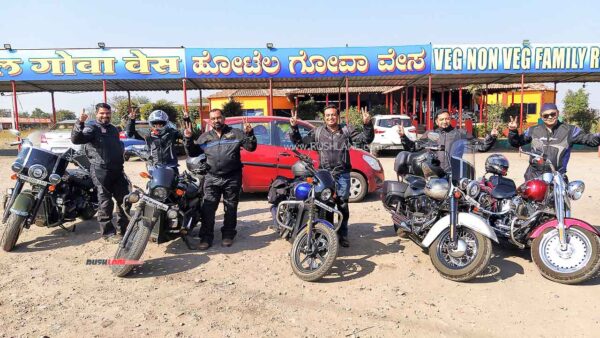 Hero MotoCorp could also manufacture Harley Davidson motorcycles in India. They have no plans to takeover the Bawal plant of Harley, as they have production capacity at their existing plants. This could likely mean that the Street 750 and the upcoming Street 350 will likely be produced in India by Hero MotoCorp.

A Harley official was recently quoted saying, “This is not a permanent exit. We are evaluating all options to maintain a presence in the Indian market after December.” Currently, both companies are working out the modalities of managing Harley’s 33 outlets in India. Confirmation about the same could be received in the next fifteen days.

HD arrived in India about a decade back. At first, they only sold CBUs. Later, Harley Davidson started assembly operations and brought completely knocked down (CKD) kits imported from the USA at their facility in Bawal, Haryana. The company is currently in the process of laying off its workers and informing its dealers and suppliers about reimbursements and future plans. In a decade of operations in India, the American marque could only sell 25,000 units of its motorcycles till date.

Hero MotoCorp, on the other hand is the world’s largest two-wheeler manufacturer and therefore, it is fitting that the company takes over Harley’s operations in India. However, industry experts believe that Hero is not looking to take over Harley’s Bawal facility or any other asset as it is confident of contract manufacturing and assembly of Harley motorcycles in India.

If the deal does materialise, then Harley could continue its operations in India at a considerably lower cost structure than before. Harley Davidson is currently evaluating options to continue offering servicing and spare parts to its existing customers. Reports suggest an official announcement could be made within 2 weeks.

Other Manufacturers who quit India

The Street 750 has been the most popular bike from the American bike manufacturer in India. Harley Davidson becomes the latest bandwagon of automotive manufacturers to quit India. The others include General Motors, Fiat, UM Motorcycles, MAN and Scania.