Hero Motocorp has been taking its time with the Xpulse 200 dual-purpose motorcycle, which made its debut in the form of a concept at EICMA 2017. The 2018 edition of the motorcycle expo had a closer-to-production model on display in addition to a touring version (Xpulse 200T) and a handful custom variants. The off-road enthusiasts have been waiting eagerly for the Xpulse 200 which promises commendable off-road performance at an affordable price.

Signalling that the launch is just days away, a Youtube video was posted to show the Xpulse 200’s off-road prowess. The video featured a production-spec model and a modified one, both being ridden hard by Hero’s factory rider and India’s Dakar Rally star CS Santosh at Big Rock Motopark near Bangalore. These images are screenshots from the video which now seems to be withdrawn from Youtube. 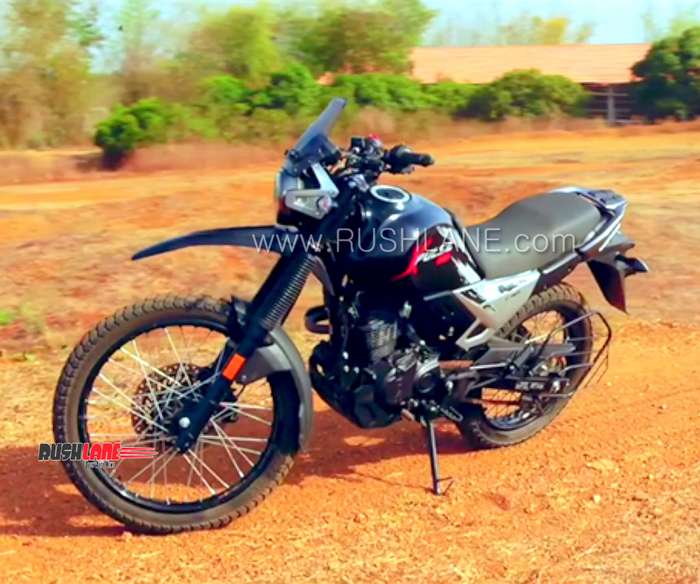 The video focuses only on the dual-purpose version of the Xpulse 200 which is equipped with high-mounted exhaust canister and front mudguard, off-road tyres and compact seat. The adventure tourer variant, christened Xpulse 200T, with low-mounted exhaust (to make room for saddle bags), larger seat (better comfort for pillion) and road tyres, is expected to be launched a few months later.

Automotive enthusiast who tipped us, also shared his observations. Taking a look at the images, the exhaust design wont help to accommodate the usual saddle bag. You need to have an extremely extended saddle stay so that the bag wont touch the exhaust n get burned. Hero Impulse had a taller tank design which helped in tucking and gripping the knee while riding standing up on offroads, and thats how you steer and contol the bike offroad. But since the Xpulse lends its tank from Karizma you can clearly see in pic how lower the tank design is. With CS Santosh’s height, he cant tuck and grip his knees properly there even on that modified red Xpulse! Yes, there are two variants. The black one looks stock, while the red one seems to be modified. 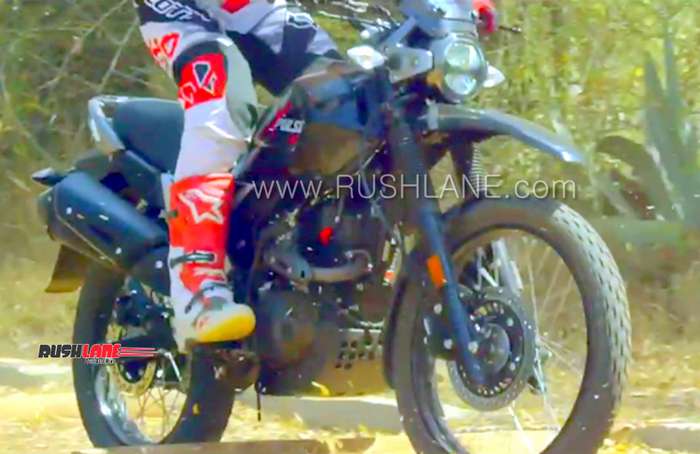 The red one looks purpose built for race / enduro. Its lost some weight with the removal of stock tailpiece and god knows what! There is even a custom race seat (which you can find in every Indian Impulse modified for motocross racing – a straight seat helps u shift the weight back n forth easily). It somehow appears quiet taller for my eyes. Maybe raised suspensions or maybe cause its lighter. I think they will use this custom one to enter the local racing scene maybe. When Impulse was first launched, Hero entered Indian motocross scene. For a short while they had a factory team. So maybe they might come back cause they had hinted this few years back. Anyways good to see the Xpulse in flesh.

To recap, the Hero Xpulse 200 is the spiritual successor to the Hero Impulse 150 dual-purpose motorcycle which managed to garner a sizable fan base among off-road enthusiasts. However, lack of adequate performance meant the company couldn’t fully harness its potential despite there being no direct rival. With a 200 cc engine, the new Xpulse aims to overcome its predecessor’s performance deficit.

The Hero Xpulse 200 shares its platform with the Xtreme 200R. The motor is a 199.6 cc air-cooled unit which is expected to tweaked to produce good low-end torque. For reference, the engine makes 18.4 PS and 17.1 Nm of torque on board the Xtreme. The bike employs a 5-speed gearbox. Noteworthy features of the Hero Xpulse 200 include LED headlight, fully digital instrument console, long-travel suspension, and spoke wheels. The Xpulse 200T tourer will be equipped with alloy wheels. Hero Impulse 200 is estimated to be price at around INR 1 lakh (ex-showroom). The motorcycle will have off-road capability as its USP.