Sholphin India, one of the leading beacon light manufacturers in the country, showcased an interesting product at the Auto Expo Component 2020 (held in parallel to the main event). The Faridabad-based manufacturer of emergency lighting systems modified a Hero Xpulse 200T into a police unit. Needless to say, it gathered a lot of attention.

Hero MotoCorp launched the Xpulse 200 and 200T range of motorcycles back in April 2019 at a starting price of Rs 94,000 ex-showroom. Even though the former lightweight, affordable adventure motorcycle became more of a sensation in the Indian market, the latter commuter saw relatively less demand. The Hero Xpulse 200T simply lacked the wow factor its adv sibling had and there was a range of excellent alternatives to it in the 200cc motorcycle segment. 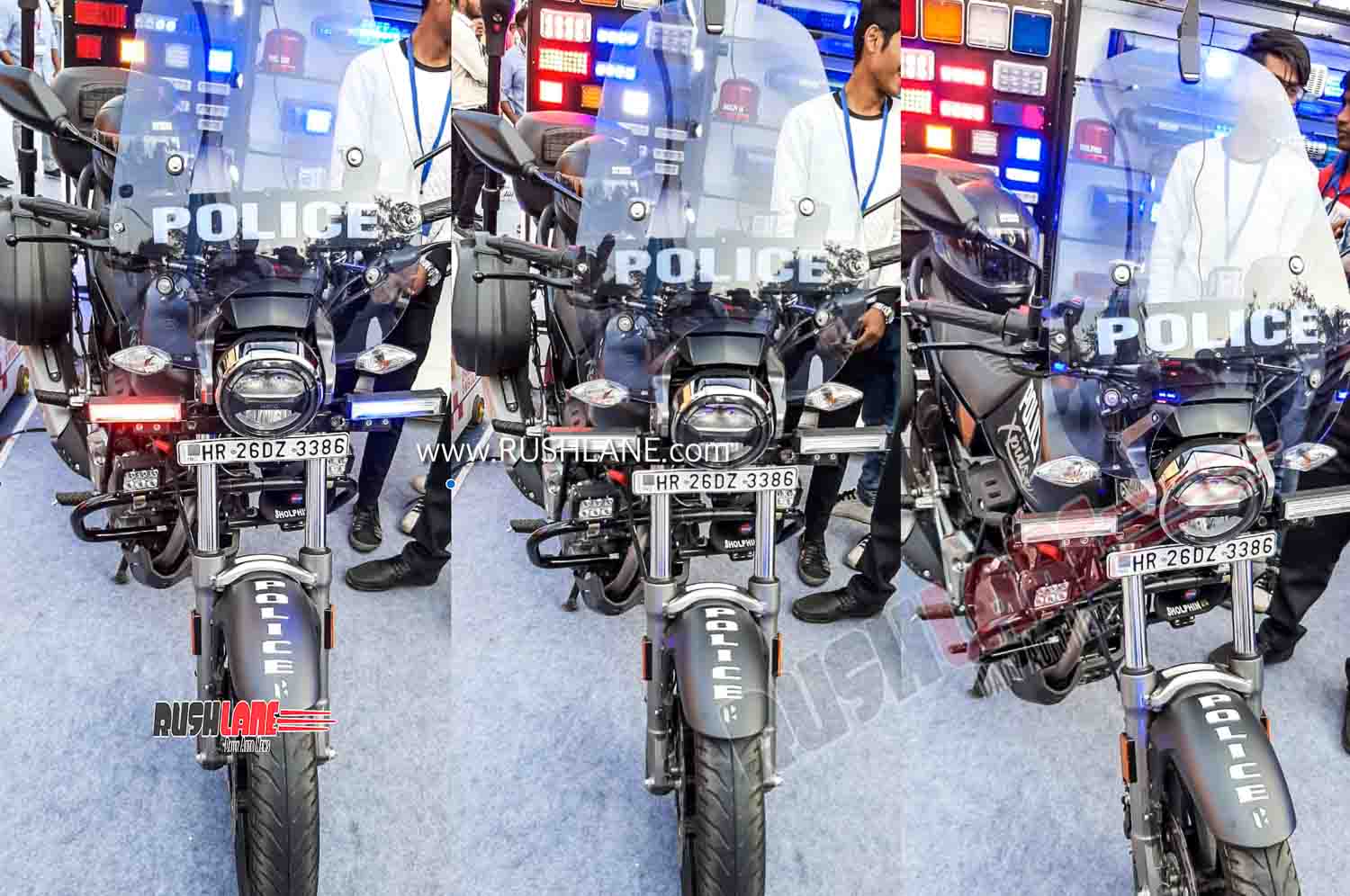 However, Sholphin India has definitely seen a new potential in the commuter motorcycle. The company is a pioneer when it comes to equipping vehicles with emergency warning systems, and the fact is evident in the modified Xpulse police unit. Nothing has gone overboard. The front pair of red/blue beacon lights are placed under the indicators and the ones at the rear are placed above them, but still low. A pair of auxiliary LED lamps are equipped on the crash guard.

Every other fitment done to the ‘Police Xpulse 200T’ is functional and practical. The huge windscreen has ‘POLICE’ written on it just in case the beacons do not send the message. At the rear, there is a trio of storage compartments. The aftermarket panniers have been attached without coming in the way of the footpegs or legs of the pillion. The top box is loaded on an extended luggage rack and features a pillion backrest. 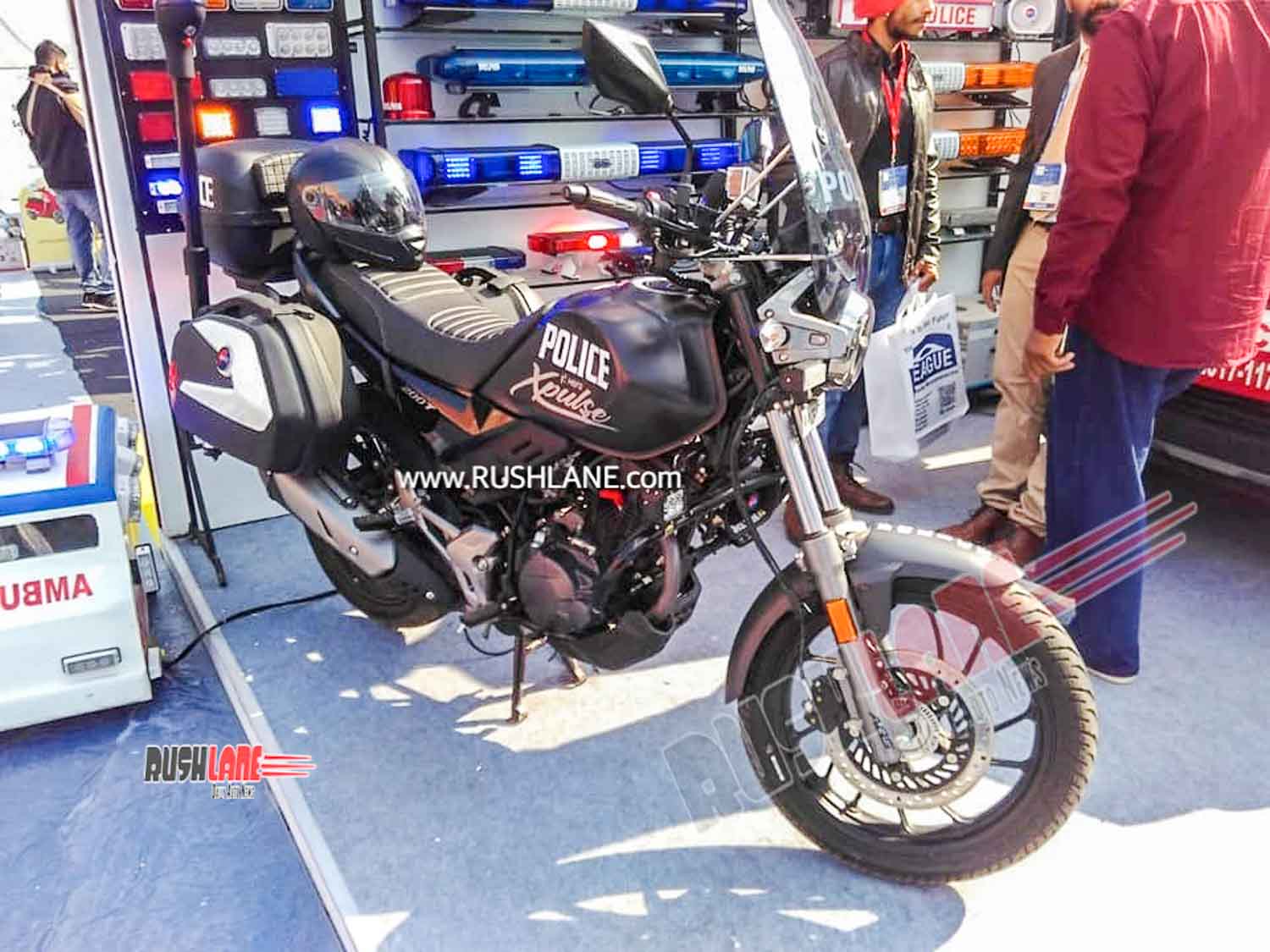 The Hero Xpulse 200T comes only in a carburetted avatar, unlike its more desirable adv sibling which comes in both Carb and FI formats. The 200cc air-cooled single-cylinder engine makes 18bhp and 17Nm of torque, in its current BS4 specification. The power plant is mated to a 5-speed transmission. The commuter is available in four shades: Candy Red, Black, Matte Gold and Matte Grey (shown here). It gets 17-inch alloy wheels while the Xpulse 200 adv sports 21-inch and 18-inch spoke-wheels at the front and rear, respectively.

Hero MotoCorp has tried to make the Xpulse 200T an interesting buy with the use of some unique design elements, but besides that, it is just a regular commuter motorcycle. However, the Police Xpulse 200T by Sholphin India is quite a good package and would be an excellent choice for the Indian Police Force to fight crime on two wheels.