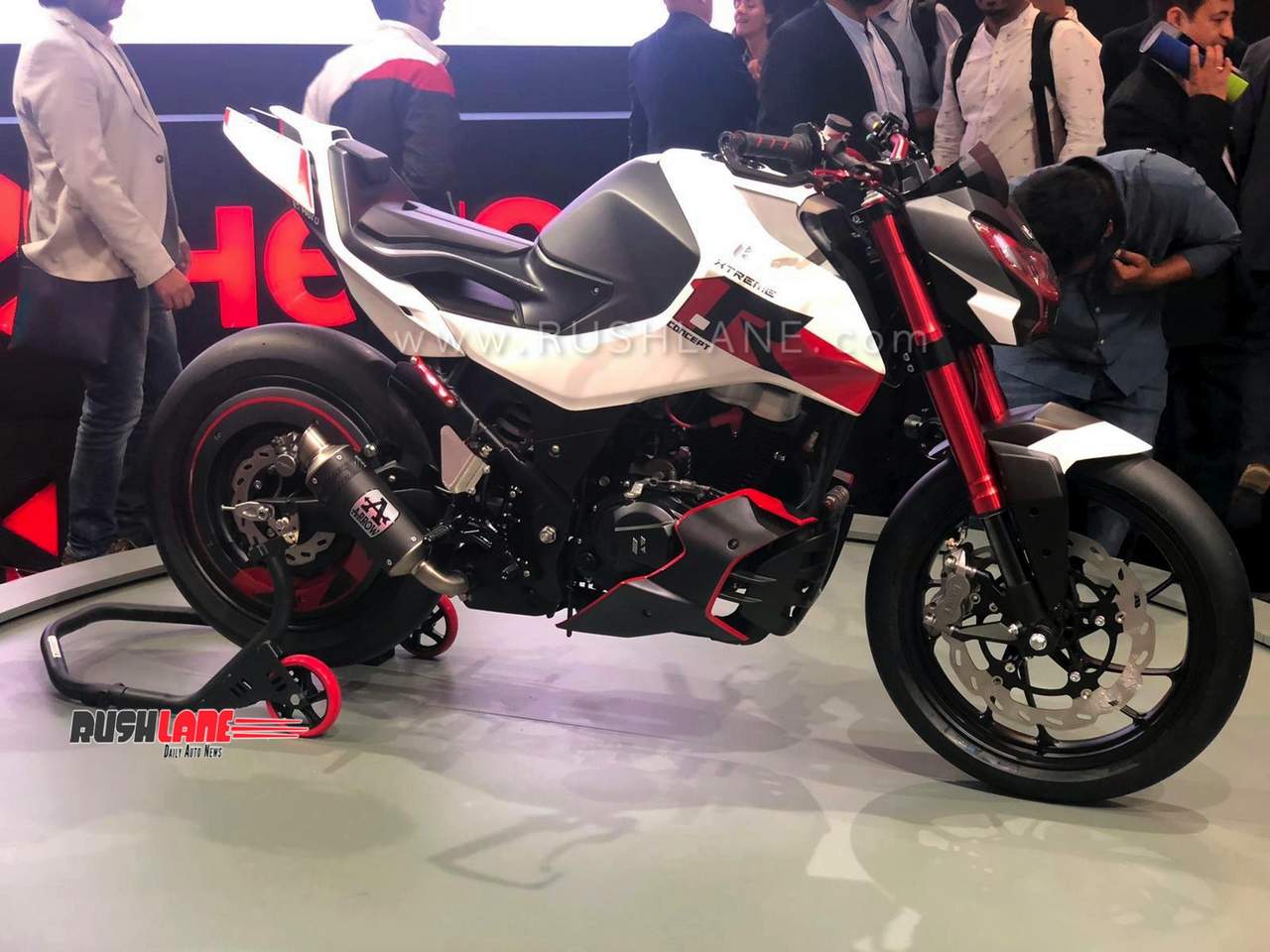 Hero MotoCorp has showcased an elaborate product range at EICMA 2019. Hero Xtreme 1.R concept is this year’s showstopper. Previously it was XPulse 200 and XPulse 200T concepts that had taken centre-stage in 2017 and 2018.

Hero Xtreme 1.R concept draws inspiration from an arrow. It brings together an aggressive stance, and agile and responsive handling. Keeping to its arrow appeal, it’s meant to carve out corners with pinpoint accuracy on varying road conditions.

Xtreme 1.R is the future, and given that, it’s aimed at the youth of tomorrow. For Hero Motocorp, it previews the next gen Xtreme range. Kerb weight is less than 140 kg, says Hero. It features the usual expectations – LED headlamp, and signature LED tail-lamp. The bike is aimed to ‘entice the racer in everyone’. 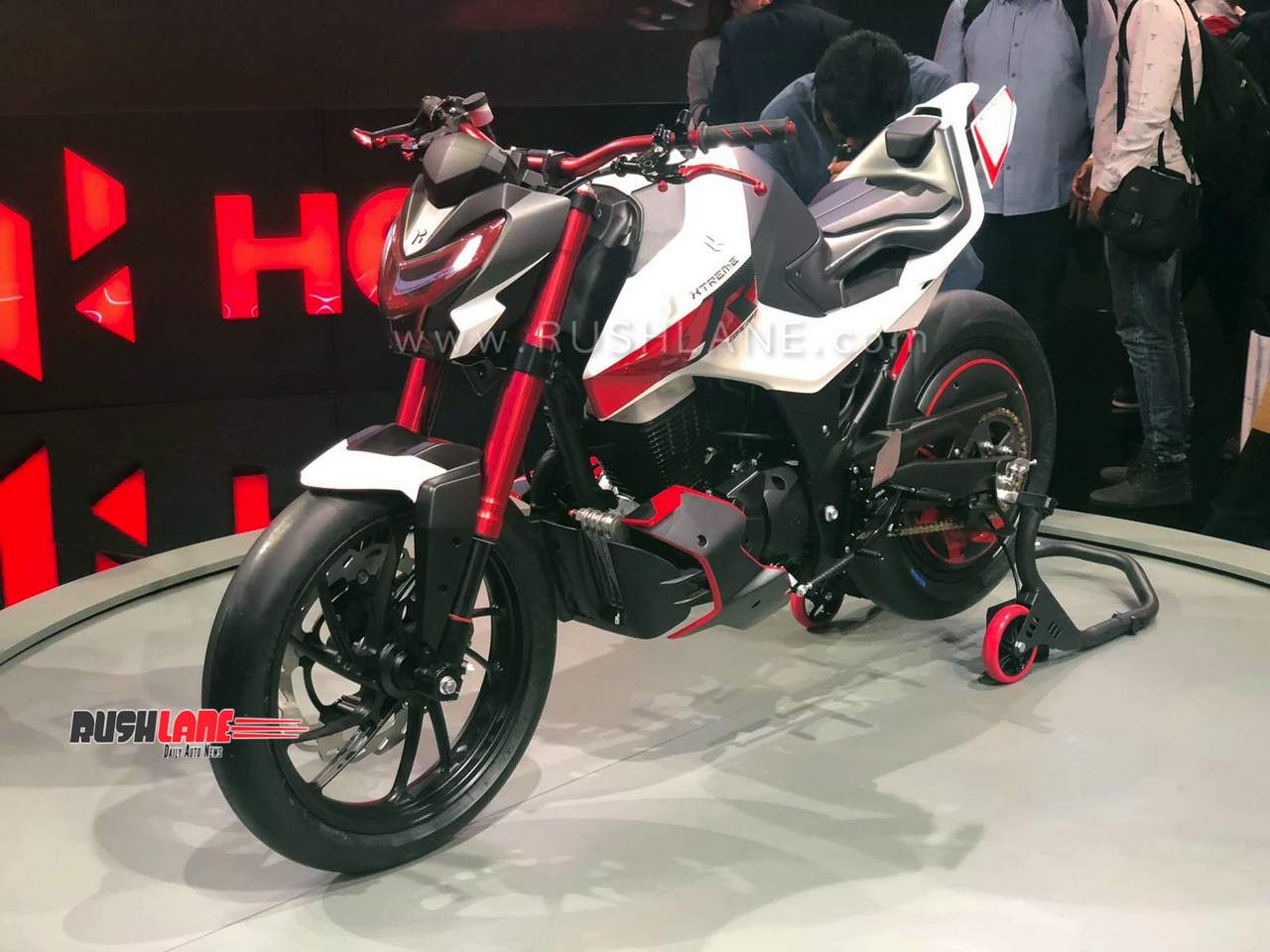 The design concept is majorly outlined in black but does resort to a dual tone to accentuate bits. This includes the liberal use of white on the top panel that stretches across the fuel tank, seats, and all the way to the taillight. Xtreme 1.R concept badging appears on both side of the fuel tank written in black across a red paint patch. An allusion to it’s ‘arrow’ inclination is made on the short upwardly angled exhaust.

Hero Xtreme 1R concept is essentially a heavily modified version of the 200 cc motorcycle. The show bike adopts a new LED headlamp which has an uncanny resemblance with that of TVS Apache RTR. Other highlights include red-finished inverted telescopic front fork, shorter fenders at either end, new fuel tank with extensions that run all the way back to the center panels and a sporty tailkit with stepped seats. The motorcycle is also equipped with flat handlebar, slick tyres, engine cowl, bigger disc brakes and a performance exhaust system.

The Xtreme 1.R concept offers a glimpse into the future of Xtreme styling DNA, a concept packed with fun and bold styling. While the XPulse Rally-Kit is focused on youth across the Globe seeking the perfect machine to jump-start their rally racing potential.”