We recently reported that the Hero Xtreme 160R naked motorcycle has started reaching the showrooms ahead of its imminent launch. Today, Hero Motocorp has confirmed the development by announcing the price. The motorcycle is available in two variants with the base model priced at INR 99,950 and a top-end model at INR 1,03,500 (ex-showroom, Delhi).

Showcased earlier this year at the Hero World 2020 event, the Xtreme 160R was originally set to be launched in April 2020 but was delayed due to the pandemic. The company has commenced dispatches and the motorcycle should be available across the country in regions which are not under strict lockdown.

The bold design has been inherited from the Hero 1.R concept which premiered at the 2019 EICMA in Milan, Italy. The 160R variant attempts to be sportier than the 200R with its LED headlamp, minimal cowls, a prominent fuel tank with contrast colored extensions, a heavily contoured single-piece seat and a compact smoked-out LED taillight with ‘H’ signature. 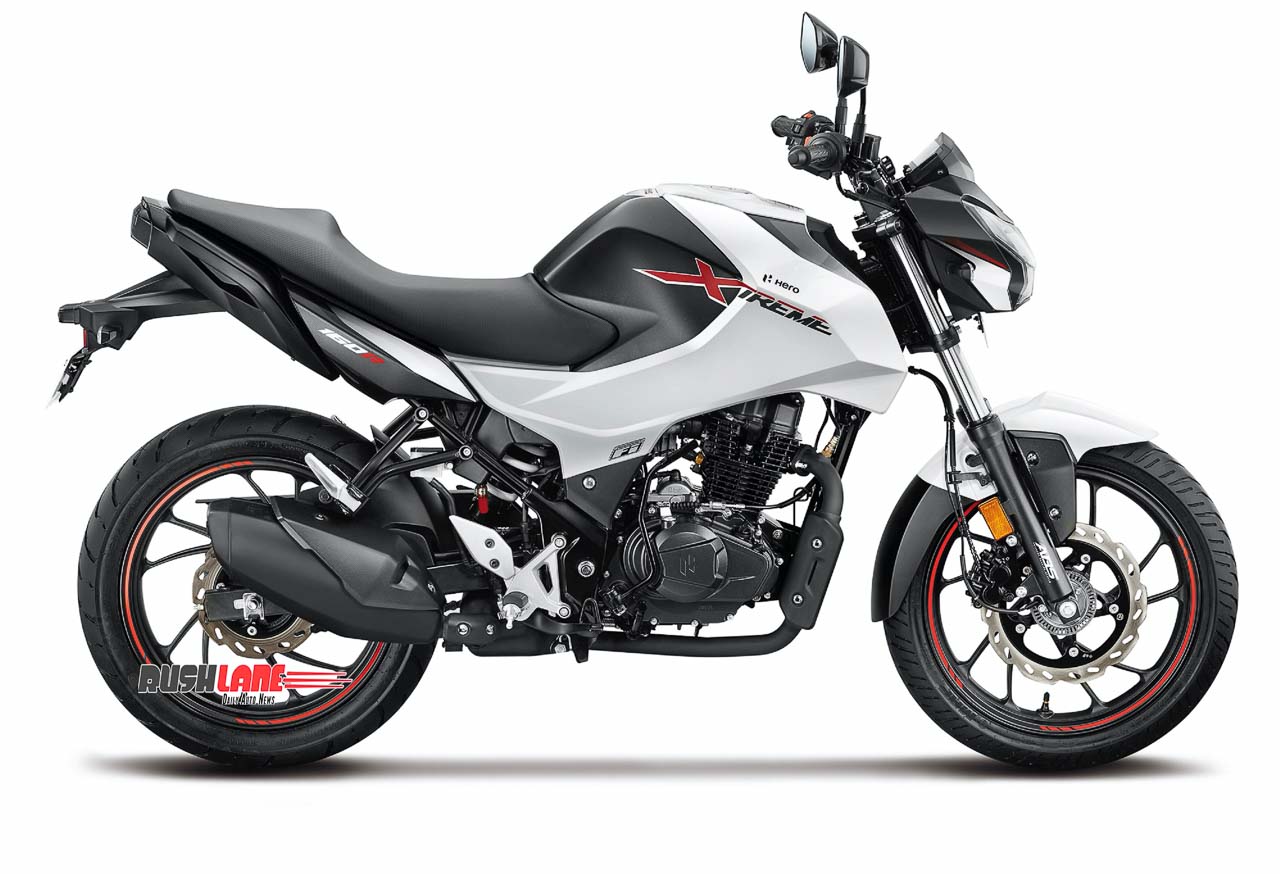 Coming to the business end of the things, the Hero Xtreme 160R is propelled by a 163 cc air-cooled, fuel-injected engine developing 15 hp and 14 Nm of torque. The engine is matched to a 5-speed gearbox. Unlike most modern motorcycles, the Xtreme offers kick starter in addition to standard starter motor. With a kerb weight of 139.5 kg, the Xtreme 160R is claimed to accelerate from rest to 60 kmph in 4.7 kmph which is impressive by the segment standards.

Only a black-white dual-tone color theme is featured on the official website. We expect the latest Hero motorcycle to be available in more color options down the line. The Xtreme 160R will be competing with the TVS Apache RTR 160 and Bajaj Pulsar 160 NS. Being the newest kid on the block with modern features should help the 160R to create a niche for itself.

The Xtreme nameplate may not be as strong as its rivals, but it has always managed to garner enough audience to make a good business case. We expect the new variant to further strengthen the brand.