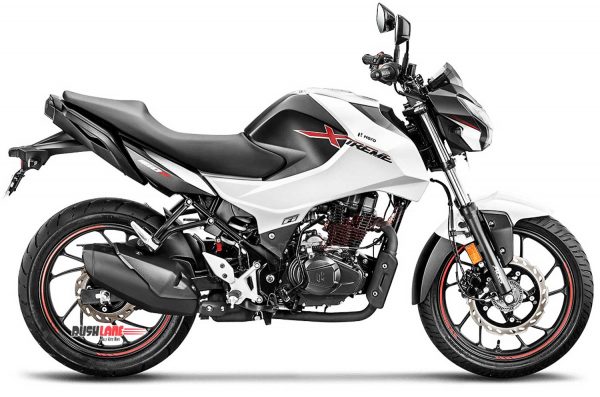 Late last month, Hero MotoCorp finally launched the all-new Xtreme 160R sports commuter after unveiling it at Hero World 2020 in February. It is essentially the production version of the Hero Xtreme 1.R concept that debuted back in EICMA 2019. The prestigious two-wheeler event held in Milan, Italy has been cancelled for this year due to COVID-19 crisis.

The 2020MY Hero Xtreme 160R comes in two formats: single-disc and double-disc. Ex-showroom prices start at Rs 99,950 and Rs 1.04 lakh, respectively, putting it at a range slightly lower than that of established names in the 150-160cc motorcycle category. Despite carrying almost the lowest price tag in its class, the Hero Xtreme 160R does not disappoint on the grounds of performance or equipment. In fact, it has a claimed top speed of 115km/h and can accelerate from 0-60km/h in 4.7 seconds — impressive numbers for the segment.

Among the five, the Bajaj Pulsar NS160 churns out the highest output. On the other hand, the Yamaha FZ V3.0 series (FZ and FZ-S) generates the least numbers. Its engine has the lowest displacement as well. The Honda X-Blade boasts of the highest torque. Still, real-world performance figures are quite decent for all considering their segment and pricing.

Transmission choices are limited to just a 5-speed unit. All these motorcycles have a higher 200-250cc counterpart for those who wish to seek extra performance in the sports commuter segment, at a reasonable price jump.

The Bajaj Pulsar NS160 leads in terms of wheelbase but on average, all the motorcycles span about 1,350mm between either wheel centre. Similarly, the average seat height is in the range of 800mm across the choices. Yet there is a noticeable difference in kerb weight in each case.

The NS160 is the heaviest of the lot while the Yamaha FZ range is the lightest at 137kg. Weights vary with variants as well. Apart from the Yamaha FZ, all the motorcycles share a common fuel tank capacity of 12 litres.

Yamaha Motor India’s FZ range slightly undercuts Hero MotoCorp’s Xtreme 160R in terms of pricing. On the contrary, the Suzuki Gixxer carries a price tag of Rs 1.12 lakh ex-showroom though there are (arguably) better choices on the chart at considerably lower asking figures. The Honda X-Blade undercuts it by a slight margin. Average pricing of the remaining four is around Rs 1 lakh.