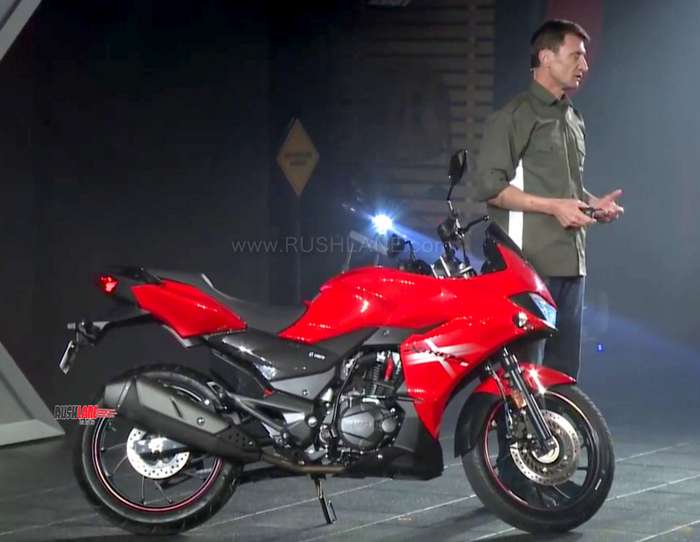 In addition to the launch of Xpulse 200 and the Xpulse 200T earlier today, Hero Motocorp also launched a new 200 cc fully faired motorcycle today. It is based on the Xtreme 200R naked street bike, whose ad featuring Virat Kohli was banned for promoting rash riding and road racing.

Priced from Rs 98,500 ex-sh, it is on sale only with a carb engine, and no FI is on offer. Price is Rs 8k more than Xtreme 200R. New Xtreme 200S will compete directly with the likes of Bajaj Pulsar RS200. Hero’s new 200 cc bike comes with single headlamp, which is LED unit. It has standard exhaust on the right side. Fully digital instrument cluster is borrowed from the 200R. 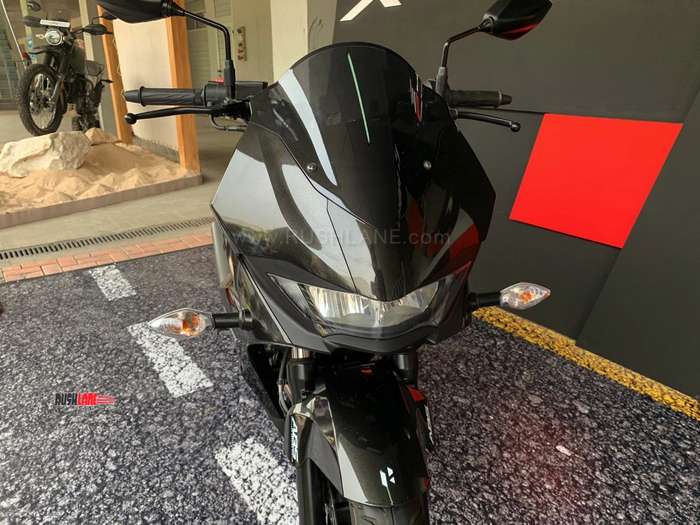 A number of features offered with Hero’s new bike. Some key features include fully-digital instrument cluster, Bluetooth connectivity to smartphone, and turn-by-turn navigation. The rider can easily access a wide variety of information such as distance to empty, miles travelled, speed and individual journey distance.

Some equipment is common across Hero’s new 200 cc bike, Xtreme 200R and Xpulse twins such as conventional telescopic fork and rear monoshock unit. A number of other mechanical components are also same for these bikes. Hero’s new 200 cc bike comes with disc brakes at both ends and offers single-channel ABS as standard. Front brake is a 276 mm disc while rear is a 220 mm disc. It gets 17 inch alloys in the front and rear.

Colour options on offer are red, black and brown. Bookings are now open across India. Test ride bikes will start arriving at dealers in 10-15 days. Deliveries will start by end of this month.