All cars manufactured on or after this date will come in with HSRP, to be supplied by the automaker to the dealers along with the vehicles. At dealer level, a mark of registration on such plates will be placed prior to affixing them on the vehicle. 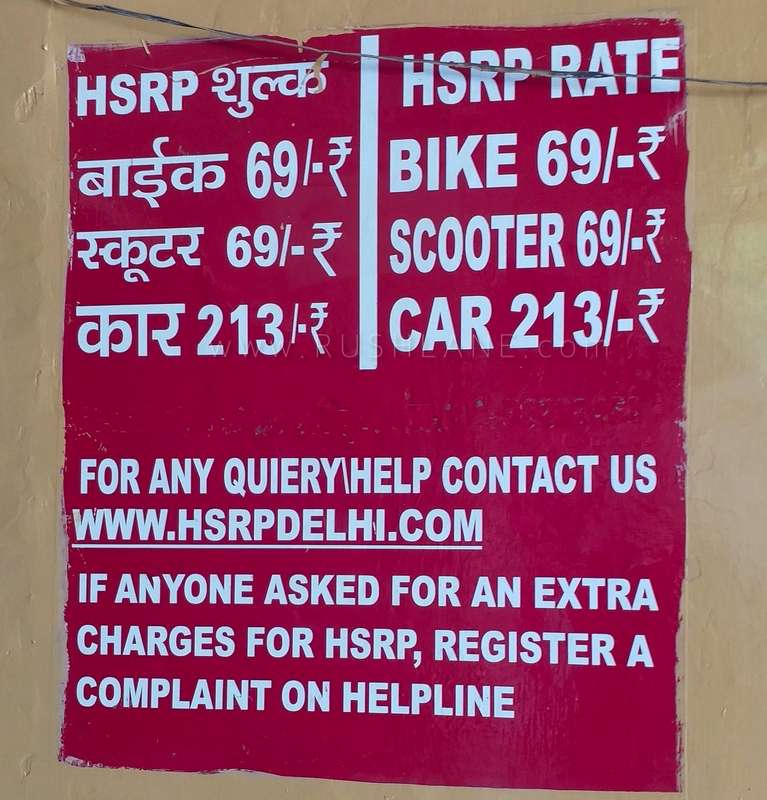 Vehicle dealers can also provide HRRPs for older vehicles. An amendment to Central Motor Vehicles Rules 1989 has also been made to this effect and these new HSRPs will not only make tracking of vehicles easier but will also ensure quick and efficient tracing of lost or stolen vehicles.

The new registration plates will be offered with a 15 year guarantee. In the event of any breaking, rusting or damage during this time frame, the dealers will have to replace the registration plates free of charge. HSRPs will also receive a chromium based hologram which will be hot stamped on the top left hand corner on the HSRPs at the front and rear.

This will contain the Ashoka Chakra in blue along with a 10 digit permanent identification number which will be laser branded at the bottom left hand side of the plate. Hotstamping film will be applied to the plate over the letters and numerals with “India” inscribed on it. For added protection, there will be a third registration plate with a chromium hologram sticker. This will be fitted to the bottom left of the windshield on the inside offering details of registration number, authority, laser branded PIN, engine and chassis number.

To prevent theft of these HSRPs, they will be fastened with a minimum of two non removable and non reusable snap locks. This notification has been issued by the govt after amendments were made to Central Motor Vehicle Rules 1989; following objections and suggestions received from the public while in April 2018.