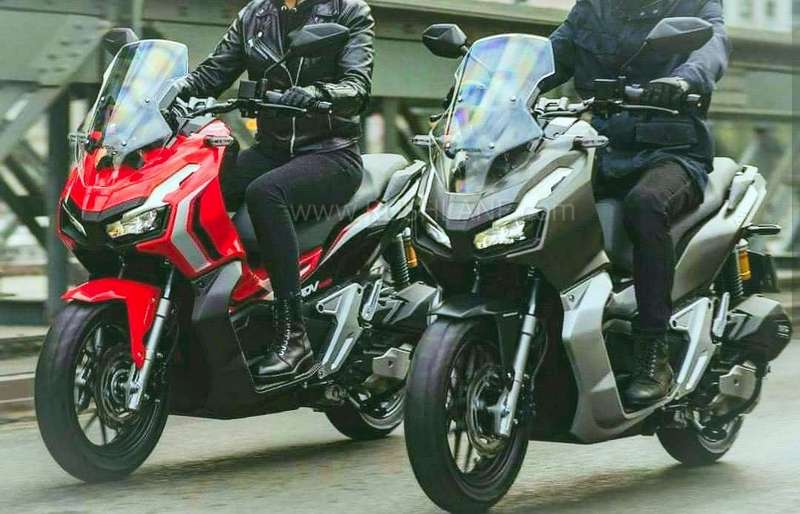 Honda 150 ADV is an adventure scooter which was launched in Indonesia last month. It is the first of its kind two wheeler in the 150 cc segment, and has been well received by consumers. Such is its demand that in just 1 month of launch, Honda Indonesia has had to step up production to 10,000 units per month to meet growing demand.

But the demand is so high, that the company has said that they increase production to even higher figure by early next year. Honda 150 ADV is a premium scooter ideally suited for city travel. It borrows inspiration from the Honda X-ADV 750.

It also gets an adjustable windshield, extensive under seat storage space and sits on 14” alloy wheels fitted with 110 section tyre in the front and 13” 130 section tyres at the rear. For braking, it gets single channel ABS and petal discs on both wheels.

Equipment also includes telescopic forks in the front and twin Showa gas charged shock absorbers at the rear. Honda Smart Key and alarm system is also a part of its features along with Emergency Stop Signal among its list of safety equipment. Dimensions stand 1,950mm in length, 763mm in width and 1,153mm in height.

As on date, the Honda 150 ADV is not planned for launch in India. However, if it does, the company could plan for localization so as to compete efficiently on pricing. The moto-scooter has been patented in India by the company already.