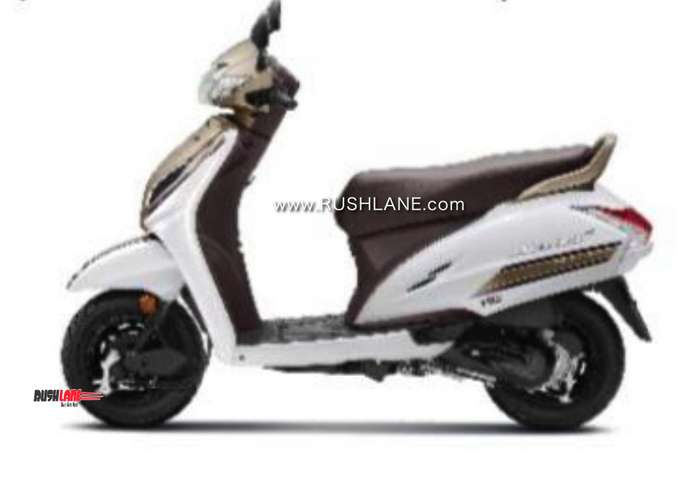 Honda Motorcycle and Scooter India (HMSI) has been reporting huge decline in sales. In March 2019 their sales declined by about 50%, while in April, they declined by about 30%. The most decline was suffered by their best selling scooter as well as their best selling scooter, which are Activa and CB Shine 125 respectively. In order to boost sales, Honda is gearing up to introduce limited edition versions of its Activa G5 automatic scooter and CB Shine 125 commuter. The limited editions appear to be aimed at clearing the stock in preparation for the arrival of BS-6 compliant models.

Not surprisingly, the Honda Activa 5G Limited Edition and CB Shine 125 Limited Edition receive minor cosmetic updates. In case of the automatic scooter, the changes come in the form of dual-tone body panels. While the apron, headlamp fairing and grab rail are finished in Matte Selene Silver Metallic, the rest of the body work comes painted in ‘Pearl Amazing White’ shade.

The scooter also receives limited edition body decals on the front fender, apron and engine cover. The wheels and exposed part of the powertrain have been given black treatment to go with the dual-tone body color. Rest of the scooter remains unchanged. One colour option is Pearl Precious White with Matte Selene Silver (basically white and gold). The other is Strontium Silver with Black (or simply black and white).

The Activa 5G has been one of the best selling two wheelers in the country for years now. It is powered by a 110 cc air-cooled engine which employs a conventional CVT. Power and torque figures stand at 8 hp and 9 Nm respectively. There is nothing path breaking about the Activa’s hardware set up but the scooter has been managing to fend off its better equipped rivals by means of its sheer brand equity.

The no-nonsense commuter employs a 124.7 cc air-cooled engine which is paired to a 4-speed gearbox. At 10.16 hp and 10.3 Nm of torque, the CB Shine 125 is tuned for efficiency. The base model gets drum brake at either end and kick starter while the higher variant offers front disc brake and electric starter.