While overall scooter sales have been sluggish this financial year, there are some clear winners in the list of top 10 bestselling scooters in January 2019. Also, the list seems to have undergone a major churn, with brands edging out rivals and some even being dropped out from the list.

As expected, Honda Activa has retained its pole position in the list, even though January ’19 sales (213,302) have decreased in comparison to Jan ’18 sales (243,826). At second spot, we see a major change, wherein Suzuki Access 125 has replaced TVS Jupiter with sales of 54,524 units in January ’19. This is an improvement of more than 44 percent, as compared to Jan 2018 sales (37,783) of Suzuki Access. It is a major win for Suzuki, made possible by consistent efforts to improve product portfolio and expand dealer network. 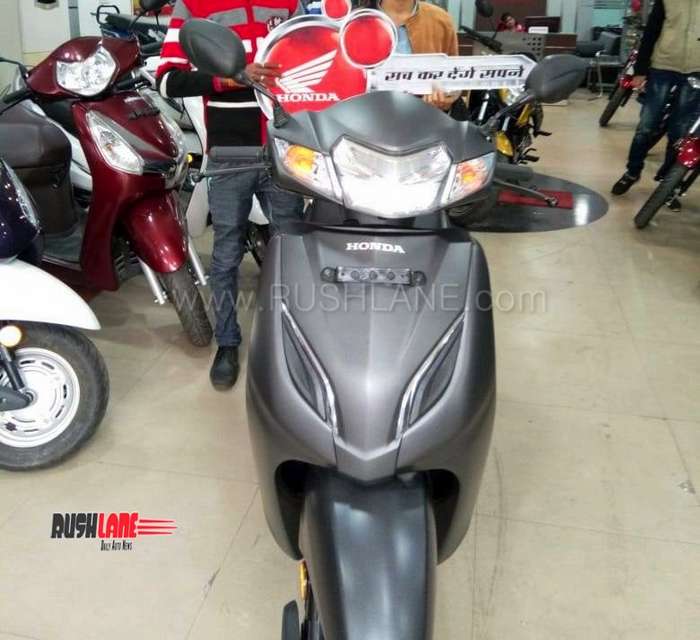 With Suzuki Access grabbing second spot, TVS Jupiter has been shifted to third spot with sales of 51,300 units in January 2019. In comparison to Jan ’18, TVS Jupiter sales are down by 21 percent. It would be interesting to see if TVS Jupiter can regain its second position in the coming months or will it be Suzuki Access 125 that will continue its winning streak.

At fourth place is Honda Dio with sales of 46,854 units in January 2019. Dio was third in Jan 2018 list, but sales have actually increased by 19% Y-o-Y in Jan 2019. Dio has been a consistent performer and is popular among the young generation and city commuters. 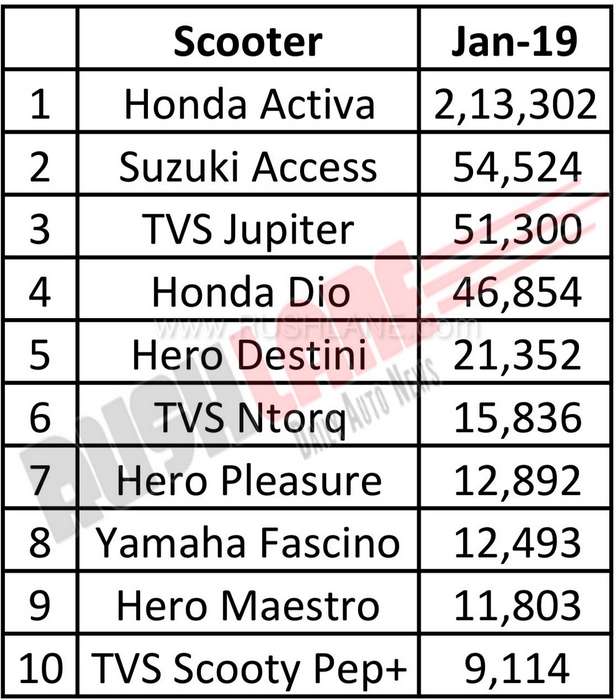 At eighth place is Yamaha Fascino, which is the company’s top-selling scooter. It has moved up one position as compared to Jan 2018 list, but sales have actually declined by around 11 percent Y-o-Y.

10th position is taken by TVS Scooty Pep+ with sales of 9,114 units in January 2019. Making it to the top 10 list may be an achievement for Pep+, but sales have actually declined by around 13 percent Y-o-Y.