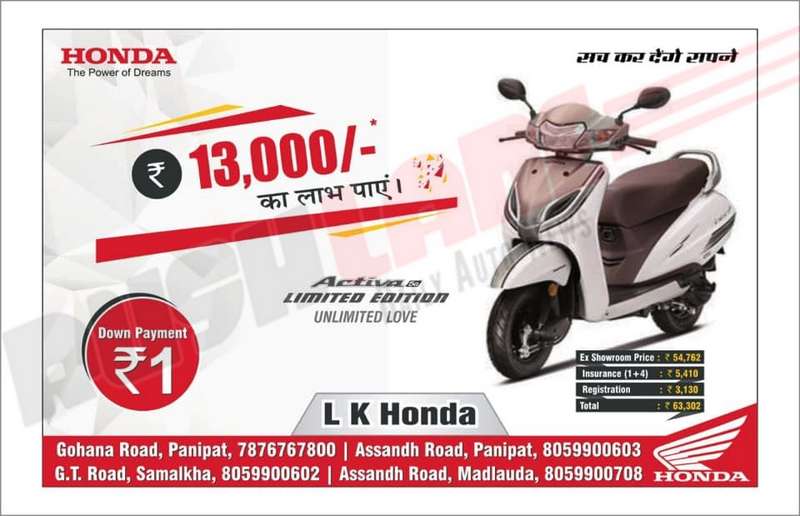 New offers include a low down payment of just Rs 1,100, which would make it attractive to people who do not have adequate cash. Honda is also offering no-cost EMIs and zero processing fees, which would reduce the overall cost of acquisition for customers. If payments are done via Paytm, customers can also benefit from cashback of up to Rs 7,000.

Apart from these two best selling products, the Honda discount offer is also valid on their other products. With stocks on the rise, and sales on decline – dealers are left with no other option, but to offer huge discounts. 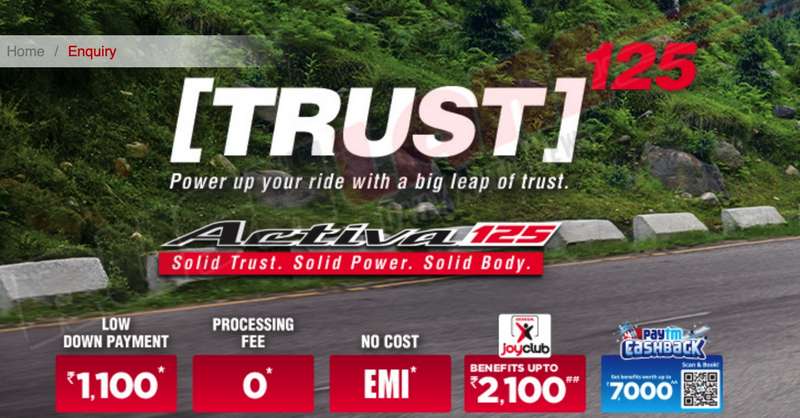 Activa is currently the top selling two-wheeler for Honda while CB Shine occupies the second spot. Activa had registered negative YoY growth (-14.94%) in July, but MoM growth was positive at 2.90%. In case of CB Shine, both YoY and MoM growth were positive in July 2019, at 9.75% and 11.41% respectively. With the new offers, sales of these products could get a further boost. Just like Activa, a Limited Edition has also been launched for CB Shine.

Limited Edition of both Activa 5G and CB Shine come with refreshed exteriors and new features. However, mechanicals remain the same for both two-wheelers. Honda has also announced launch of BS-VI compliant Activa 125, which is scheduled for September 11. It will be the first two-wheeler in the country to have BS-VI compliant engine. Other Honda scooters and motorcycles will be updated to BS-VI in the coming months.