The festive season is nearly upon up with Navaratri and Dusshera in October to be followed by Diwali in early November. Auto makers are eager to cash in on this auspicious period and wooing customers into showrooms with discounts, exchange schemes and prizes on purchases of two and four wheelers.

Honda Motorcycle and Scooter India have also jumped the bandwagon where purchase of the new Honda Activa and other products are concerned. Buyers are promised a chance to win a Honda Amaze or a Honda Brio besides items such as an LCD TV or smartphone on purchase of the Honda Activa or any other HMSI product. 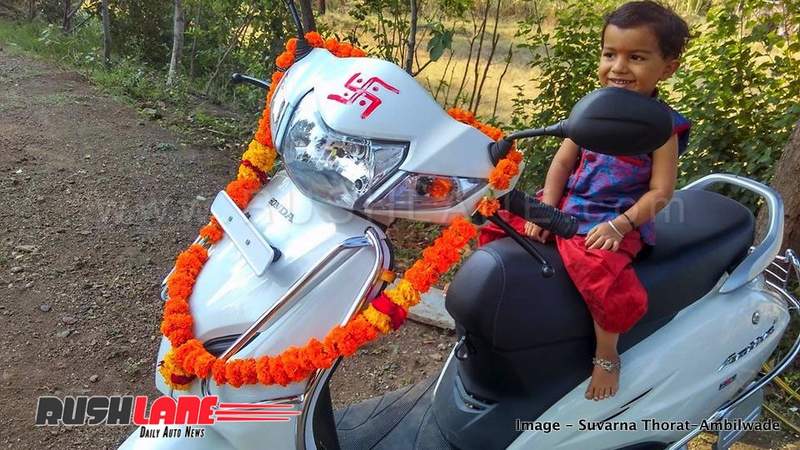 As per information released, these schemes which are called ‘Bumper Joy’, ‘Maha Joy’ and ‘Weekly Joy’, have a total of 5 new Honda Amaze sedans and 31 Honda Brio hatchbacks set to be offered to the lucky buyer. Items such as LCD TV, luggage items or smartphones will be a part of the scheme and offered on a weekly basis while all buyers would be offered free Honda Joy Club membership worth Rs 2,100 free of cost. 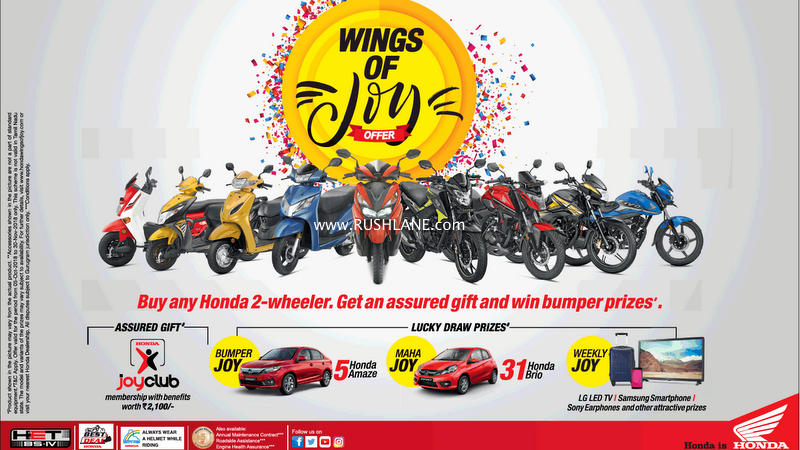 Obviously it would be five lucky buyers who could win a car on the purchase of a bike which has been priced 10 times above the price of the automatic scooter.

These schemes and attractive offers from various automakers in the country, come at a time when higher insurance costs have put a spoke in the wheel where two wheeler sales are concerned. Higher fuel prices, increased costs of raw materials and heightened competition has also put some added pressure on two wheeler sales.