The past few months have been a nightmare for the Indian auto industry. The nationwide lockdown was announced in March and both two and four wheeler sales were down to zero units in April 2020. May 2020 saw a slight recovery but now with the automakers once again opening their shutters, sales are gradually seeing some recovery. 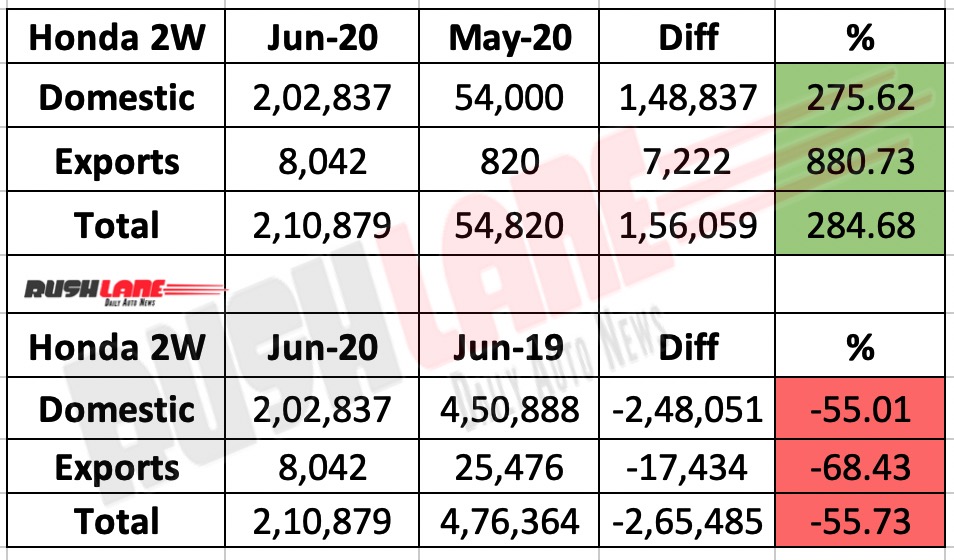 One clear sign of better times ahead is that after having opened most of their dealerships across the country from May 4th following lockdown announced on March 25, a total of 22 lakh footfalls into company showrooms have been reported. This figure was as against approximately 10.2 lakh visits made in the month of May 2020.

People are wary of using public transport and two wheelers have become their first choice of transport. Especially, in view of the social distancing norms due to the COVID-19 pandemic situation which is still seeing increased number of positive cases on a daily basis.

Unlock 1.0 brought with it 4 new BS6 products from the company taking total to 9 models. The new Honda CD 110 Dream, Grazia and Livo were launched while the company also commenced deliveries of the new BS6 compliant 2020 Africa Twin adventure tourer. Honda’s new CB Hornet 160R is now set for launch sometime later this month. One can expect it to be priced around Rs.13,000 higher, as compared to the BS4 variant.

Offering customers better support through these hard times, the company has extended warranty and free service along with Annual Maintenance Contract till 31st July 2020, if these were originally scheduled from March 15-31. The company has also extended enrollment period for extended warranty from 365 days to 550 days at no added cost to customer. Through June 2020, select dealerships also offered hefty discounts on BS4 stocks upto Rs.20,000. These discounts were on BS4 inventory of Activa 5G, Dio, Navi, Cliq, CD110 and Shine SP and were on a first come first serve basis.