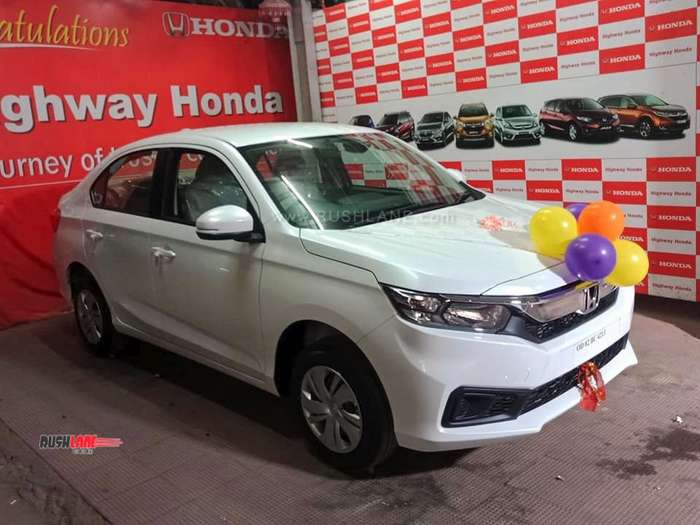 Japanese carmaker, Honda Cars India Ltd (HCIL) has reported growth of 23 percent in April 2019. Honda is the only car brand in India which has managed to post a positive sales growth last month. And that is all thanks to the Amaze.

In March 2018, Honda did not sell a single unit of Amaze. But in April 2019, Amaze has become the best selling Honda car, thereby allowing the company to post a growth in sales when compared to same period last month.

Monthly domestic sales increased to 11,272 units in April 2019 as compared to 9,143 units in April 2018. Exports stood at 220 units. To push sales, Honda has also launched the automatic option in the top variant of Amaze last month, with petrol and diesel.

Apart from Amaze, other Honda cars which helped with sales last month were the WRV and the newly launched Civic. Honda Civic has managed to become the best selling car in the segment. Launched in March this year, it posted a record 2,200+ sales in the same month. Sales in April 2019 are not that high, but are still higher than all other cars in the segment.

The company recently discontinued the Brio hatchback from its portfolio as it was not bringing in sufficient sales for the brand so as to justify an upgrade to meet required safety and emission regulations. Following this, the Honda Amaze is now the entry level offering for the brand in India.

HCIL, like other automakers in India, is also facing tough times, especially with this being the election year. A subdued market scenario is also being experienced while automakers expect sales to be further impacted due to volatility in fuel rates and increase in car prices in view of new safety and emission norms coming into effect by the end of this year.