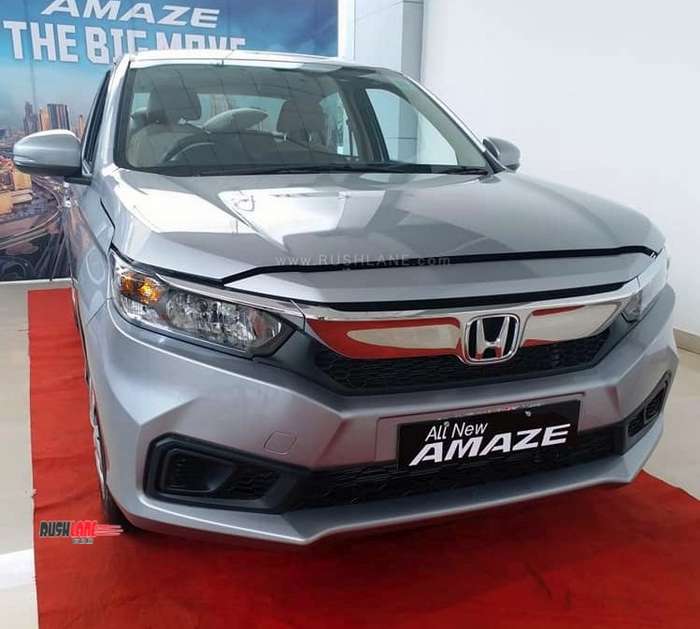 Honda Cars India Limited, had first showcased the new-gen Amaze sedan at the 2018 Auto Expo. This compact sedan was officially launched in India in May 2018, and ever since it has been the best selling Honda car in India; beating the likes of City, WRV, Jazz, etc. Sales are high, so much so that it has now become the only Honda car to have registered sales of more than 10k units in a single unit. That feat was achieved by Amaze last month.

Honda Amaze made its debut with the CVT option in the country. This was exclusively on offer on the mid level S and V trims. However, in line with customer’s demands, the company has introduced CVT on the top spec VX grade of Honda Amaze. Both petrol and diesel variants of Amaze now come with CVT in top of the line VX trim.

Mr. Rajesh Goel, Sr. Vice President and Director, Sales & Marketing, Honda Cars India Ltd. said, “The 2nd Generation Honda Amaze set a new benchmark in its segment with over 20% of our customers opting for advanced CVT variants in both petrol and diesel. We are delighted to introduce the new VX CVT variant of Honda Amaze to complete the top spec VX range and offer increased choice to our customers.”

Added safety features such as reverse parking camera, steering mounted controls, voice command and driver’s side one touch windows with pinch guard are on offer. These added features will be combined with the convenience of a two pedal setup. In compliance with new safety regulations, the company has also added front passenger seat belt reminder and high speed alert system to the Honda Amaze ahead of the 1st July 2019 deadline while the Amaze also receives ISOFIX child seat mounts, impact sensing door unlock, dual airbags and ABS among its list of safety features.

Honda Amaze is now offered in 4 variants that include the E, S, V and VX and in CVT for the S, V and VX trims with petrol and diesel engine options. Honda Amaze is powered by a 1198cc petrol engine and a 1498 cc diesel engine. Mileage claimed by petrol engine is 19.5 kmpl and that by diesel engine is 27.4 kmpl with MT. The automatic variants of Amaze claim 19 kmpl for petrol while diesel claims 23.8 kmpl. It rivals the likes of Maruti Dzire and Hyundai Xcent.