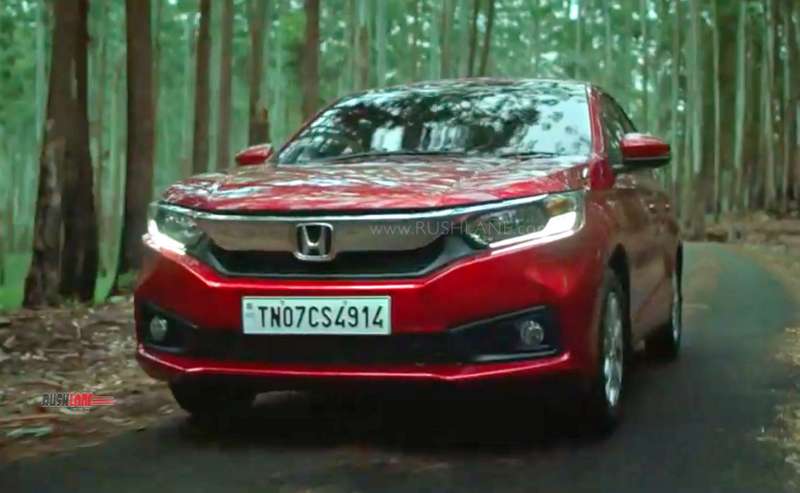 Rajesh Goel, Senior Vice President and Director-Sales and Marketing, Honda Cars India Ltd said, “The auto sector continues to witness high de-growth due to poor consumer sentiment. This is despite the high discounts prevailing in the market which makes it the best time to buy cars. We hope the recent measures taken by the government will help in improving consumer sentiment and demand creation as we move forward. With the impending festive season, the sales are likely to pick-up in coming months.”

Honda Cars India now has a new brand-new ad campaign #IMadeItBig for its 2nd-generation Honda Amaze. It revolves around young customers’ aspirations and what it means to get a new car. Revolving around an emotional and memorable narrative, the campaign will be telecast in 11 languages for regional connect and to celebrate the Amaze’ popularity in Tier 2 & 3 markets.

The theme is built around a mother and son as they celebrate a first big move by the son, i.e., purchase of the 2nd Gen Honda Amaze. Lyrics are as follows, “Tere sang mile jo sukoon mujhe, woh naa paa sakun kahin aur main.” The creative has been handled by Dentsu One is big on human emotion, values, and family bond.

Rajesh Goel, Senior Vice President & Director, Sales and Marketing, Honda Cars India Limited said, “The 2nd Generation of Honda Amaze has been a resounding success for HCIL and we have been able to touch more than 1 lakh families since its launch last year, making it the fastest selling Honda car in India. We wanted to connect with the core target of aspiring youth and took a fresh guard through an emotional story-telling that perfectly portrays the real meaning of arriving ‘big’ in life.”

Mr. Titus Upputuru, National Creative Director, Dentsu One said, “When one buys a new car, there is a lot of excitement. Honda Amaze makes a big statement in one’s world as it happens to be the first three box purchase in one’s life. We wanted to show how the Amaze owner is unfazed at the attention he receives upon purchasing the new car but chooses to give importance to his values. In an age when friends are increasingly becoming the support system, we wanted to put the spotlight back on to the family”