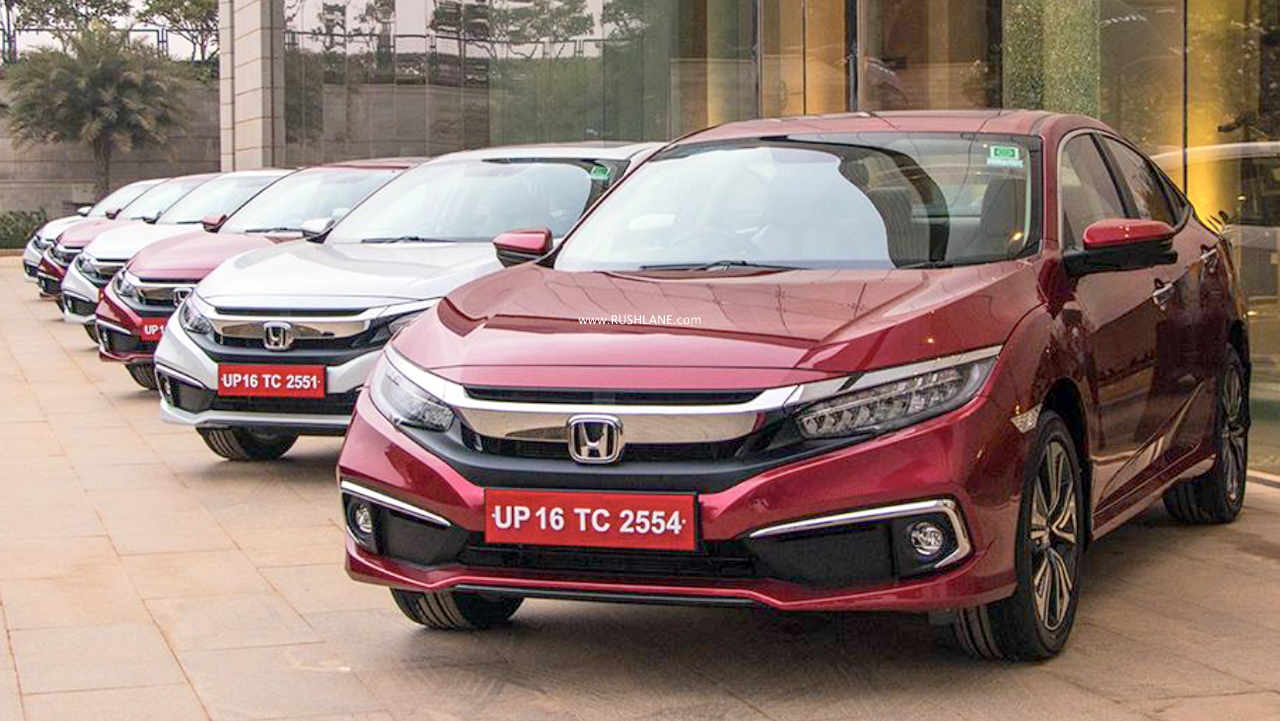 Honda Cars India only dispatched BS6 petrol cars in Jan 2019. They stopped dispatch of BS4 cars by end of Dec 2019.

Honda Cars India Ltd. (HCIL) has announced its BSIV wholesale despatches to dealers were completed in December 2019. And only despatched BSVI cars in January 2020. As a result, in Jan 2020 they only dispatched City, Civic and CRV petrol BSVI variants. Honda will launch BSVI compliant variants of other models in time to meet the compliance deadline of April 1, 2020.

There were no dispatches of Amaze BS6 in Jan 2020. Amaze BSVI was launched at the end of Jan 2020. The compact sedan its now available at a revised price range of Rs 6.1 lakhs to Rs 9.96 lakhs. Both petrol 1.2 liter as well as diesel 1.5 liter is on offer with BS6 compliant on board the Amaze.

The Honda City BSVI compliant model being sold in India is an update on the last-gen model. While the next-gen model is available overseas, the new gen City is expected to launch in India next month. Current gen Honda City BSVI is now available only in a petrol range with the diesel to be launched later with new gen.

The Greater Noida and Tapukara plants have both shifted to production of updated cars. For January 2020, HCIL reports domestic dispatches of 5,299 units. Down 70.98 percent from 18,261 units in the domestic market in January 2019. The company is ramping up production volume in the months to come. Export for the month is reported at 182 units, down from 200 units exported in January 2019.

As the company ramps up BS-6 production, volumes are lean in coming months. HCIL is ‘committed to enhancing the supplies and bringing down the waiting period which has gone up during this transition to BS-6’. At present, Honda has less than a week of stock of BSIV compliant cars in the entire dealer network, and HCIL is thankful ‘for their support in early sales completion of entire BS-4 cars’.

It’s not just BSVI transitioning that’s had an effect on processes but also the ongoing the sales slowdown, the industry has been combatting through 2019, and now into 2020. This has meant a wide range of discounts to strengthen buying decisions. Through January 2020, HCIL offered discounts starting at 20k cash discounts, and 25k exchange bonus, and upto 5 lakh in benefits on the CR-V. While Honda Amaze raked in huge numbers for a while after launch, in recent times, sales stands curtailed. And while Honda has always depended on the City, the current situation finds HCIL in need of a stepping stone.