For those who’ve been eagerly waiting, Honda CB300R launch in India is scheduled for February 8, 2019. A few days earlier the company announced that Honda CB300R will be made available at a tentative price of ‘under Rs 2.5 lakh’, ex-sh.

And as the wait intensifies, here’s a sneak peak at what it’ll look like in the flesh. Here’s a look at the bike staged for the ad shoot at Navi Mumbai. To be launched in India via CKD route, Honda CB300R will be sold as a premium offering at the company’s 22 Wing World outlets. 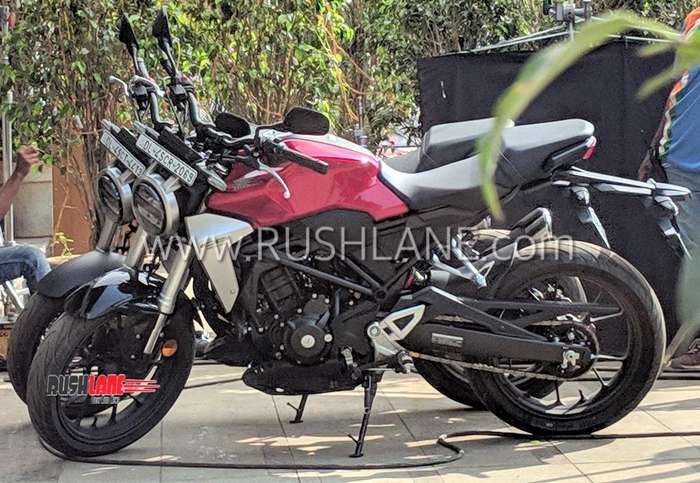 Powered by a 286cc, 4-valve, DOHC, liquid-cooled, single-cylinder engine, CB300R returns max power of 32 PS and torque of 27.5 Nm mated to 6-speed transmission. These are overseas specs, and the Indian spec bike is likely to follow through in the same manner. Features include LED headlamp unit, digital instrument cluster, and IMU in conjunction with dual-channel ABS system.

Suspension is courtesy 41mm upside down front forks and preload-adjustable monoshock. Braking duties are carried out by a 296mm petal disc, radial mount four-pot front caliper, and a single-pot at the rear. Dual ABS is standard.

With the under 500cc premium segment still not mature in India, takers would also be considering the BMW G310R, KTM 250 Duke, to be launched new Bajaj Dominar 400, and KTM 390 Duke. It’s price tag would also make the Royal Enfield Interceptor 650 an alternate choice.