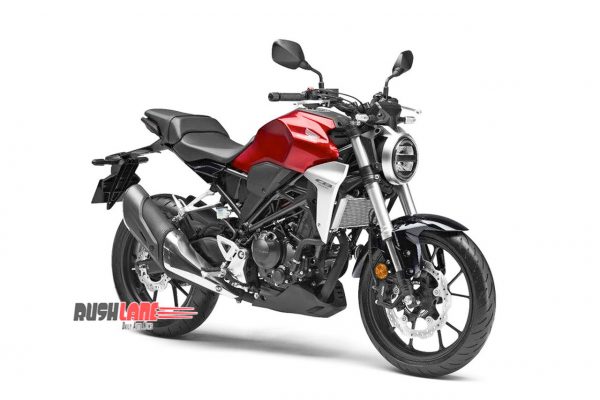 Japanese two-wheeler manufacturer Honda Motorcycle & Scooter India (HMSI) launched the CB300R ‘neo-retro’ streetfighter back in February 2019. Prices started at Rs 2.41 lakh ex-showroom and the ‘mini CB1000R’ was sold only via exclusive Honda Wing World outlets. It was brought to the country as a CKD (Completely Knocked Down) product in BS4 format. This explains the relatively higher pricing.

In a few months’ time, sales crossed the initially-planned 500 units and the Honda CB300R was sold out in India. Around the same time, there were rumours that Honda Motorcycle India was considering its local production. However, the motorcycle was never updated to BS6 emission norms though there are enough potential buyers.

Considering the good demand, one can expect the company to launch a refreshed BS6-compliant CB300R in the near future but an official statement on this is pending. In addition to this, HMSI has removed the CB300R from its website. It was previously listed under ‘Super Bikes’ section among expensive multi-cylinder models ranging from the Honda CBR650R middleweight sportsbike to Gold Wing tourer.

The motorcycle would most likely return in BS6 format to take on the engaging 250-350cc sports category dominated by names such as KTM 390 Duke, Bajaj Dominar and TVS Apache RR310. BMW Motorrad India is working on the BS6 G 310 R as well.

Coming to the Honda CB300R, its BS4-compliant 286cc liquid-cooled DOHC single-cylinder motor churned out roughly 30bhp @ 8,000rpm and 27.4Nm @ 6,500rpm. This is coupled to a 6-speed transmission (no slipper clutch). For its segment and pricing, the BS4 CB300R missed out on a long list of equipment but boasted of a dual-channel ABS system assisted by IMU (Inertial Measurement Unit) — something usually in premium motorcycles only.

The Honda CB300R is equipped with 130mm-travel 41mm USD front forks and rear monoshock with 107mm travel. Braking duties are carried out by a 296mm and 220mm disc at the front and rear, respectively. It is shod with 110/70R17 and 150/60R17 tyres on either end. If the motorcycle is produced locally as rumours claim, we can expect a compelling price tag.