Launched in February 2019, Honda CB300R has received good response from the market. At the time of launch, Honda had said that it has received three months’ worth of bookings. The bike is imported into India via the CKD route and Honda CB300R sales is undertaken by Honda’s World Wing dealerships.

The company hasn’t revealed how many bookings it will accept. Launched in February 2019, deliveries got underway in April 2019. At the time the company had specified, ‘Overwhelmed by the response since its launch in February, we have revised our production plan to meet the additional demand.’ At launch itself, Honda’s CKD platform was already booked for over 3 months, and Honda CB300R sales began, though delivery was scheduled for later.

Honda CB300R is targeted at bike enthusiasts who are looking for both style and performance. The design is inspired by retro café-racer style, but there are elements that give the bike a modern flavour. Retro style round headlight that comes with LED lights is one such example. 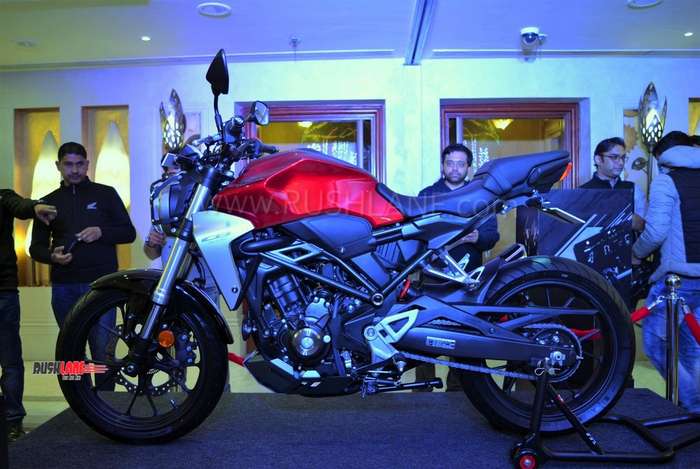 Honda CB300R makes a bold stance and packs in a lot of aggression, as can be seen with its sinewy profile, blacked-out engine and upswept exhaust. The bike is sure to get noticed on the streets with its sharp features and LED headlight, tail light and indicators.

Key features on-board CB300R include a new full LCD multifunction meter, which displays a wide range of information. It is positioned at an angle, so that the rider can take a quick glance whenever needed.

The LCD display is suitable for both day and night conditions. Honda CB300R sits on an all-new diamond type tubular frame and comes with thick 41 mm USD forks at the front. These help improve stability and handling and add to the bike’s aggressive profile. 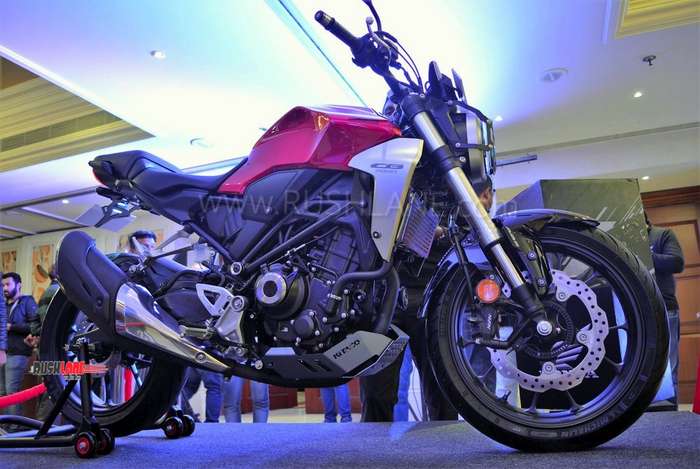 Braking duties are performed by radial-mounted, 4-piston calliper, wave-style 296 mm disc at the front and 2-piston calliper 220 mm wave disc at the rear. Both front and rear brakes are integrated with dual-channel ABS. The entire system is managed by an IMU (Inertial Measurement Unit), which ensures optimal braking in all riding conditions.