The Honda CBF 190 R naked motorcycle which is currently on sale in select international markets like China and Latin America, has been patented in India. The motorcycle, if launched in India, will help the Japanese brand cover an important void in its local portfolio.

Automakers file design patents of its products all the time and that alone doesn’t guarantee the launch. However, it clearly indicates that Honda is at least evaluating the CBF 190 R for our market. As per the leaked document, the patent was filed in June last year and it has been published in the journal dated March 2020.

The Honda CBF 190 R, if launched in India, is likely to carry a different nameplate. Perhaps it could be marketed as a premium derivative of Hornet or Unicorn nameplates both of which have a good brand recall in the country. As of now, HMSI’s portfolio has a huge void between the CB Unicorn and the premium CB 300 R. A street fighter in the 200 cc segment would be a nice addition to the lineup. 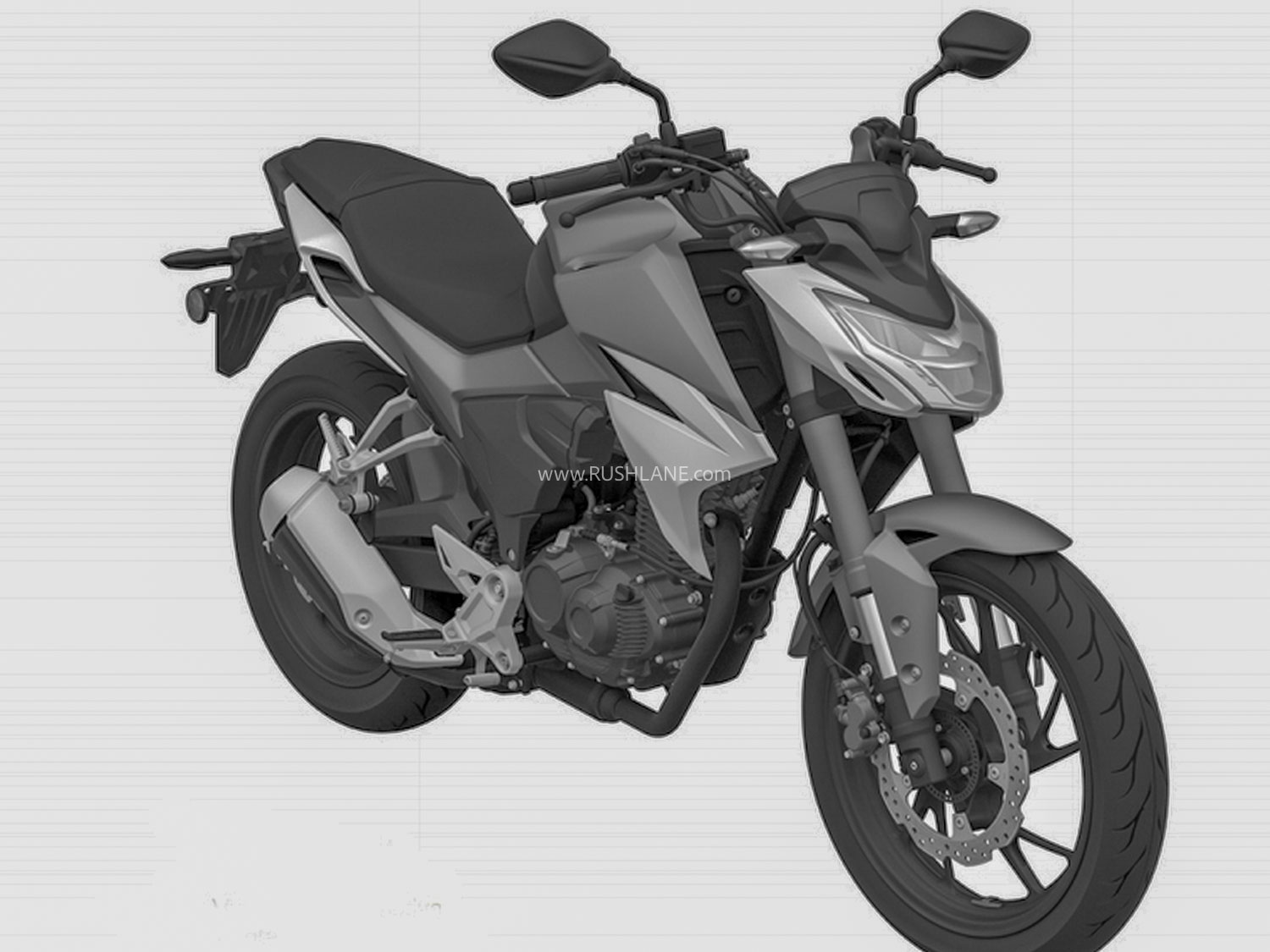 The Honda CBF 190 R is powered by a 184.4 cc air-cooled single-cylinder fuel-injected motor produces a rather modest 15.8 hp and 15.3 Nm of torque it its LATAM spec. Transmission is a conventional 5-speed unit. If the motorcycle makes it to our country, we expect Honda to squeeze a bit more performance out of the motor to close the gap between its intended rivals.

Speaking of rivals, the compact displacement naked motorcycle would be pitted against the likes of KTM Duke 200, TVS Apache RTR 200, Bajaj Pulsar 200 NS and Hero Xtreme 200 R. All these motorcycles have more power and torque compared to the Honda candidate. In terms of pricing, the Honda CBF 190R will be closer to the price tag of KTM Duke 200 in India.

The motorcycle is equipped with inverted telescopic fork which may be replaced with cost effective conventional telescopic unit for the Indian market. The rear is suspended by means of monoshock. The front and rear wheels are retarded by a disc brake each and ABS is on offer.

The Honda CBF 190 R needs to significantly undercut its rivals to create a niche for itself in the promising compact displacement sportsbike segment in the country. Honda also has an adventure tourer variant of the 190 platform on offer elsewhere. This could also be an interesting proposition for our market.