Honda has announced the launch of its global blockbuster CBR650R in the Indian market at a competitive price of less than Rs 8 lakh. Official bookings are now open for Honda CBR650R, which will be available through the company’s premium dealer network, Honda Wing World Dealers.

To understand if Honda CBR650R is appropriate for you, here’s a quick comparison with rivals. Honda CBR650R vs KTM Duke 790 vs Kawasaki Z900 vs Suzuki GSX S750. (KTM Duke 790 has not been announced officially for India, but KTM dealers are accepting bookings, and claiming launch is in March 2019.) 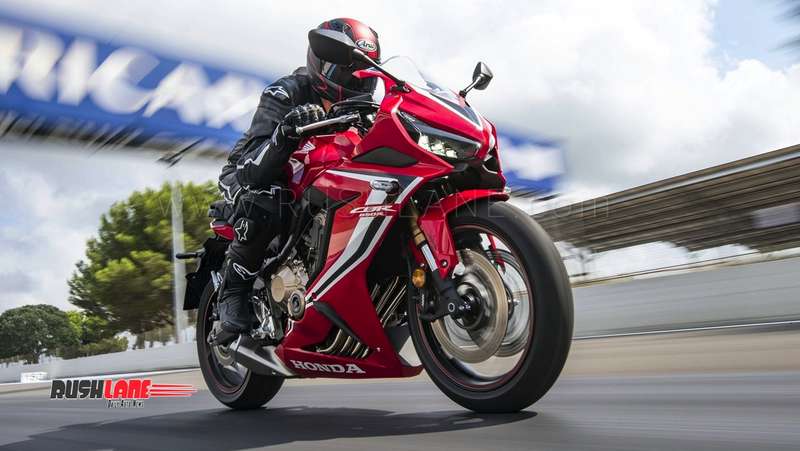 Dimensions – At 2,130 mm, Honda CBR650R is the longest bike in the group. This will probably translate into better riding dynamics, as well as more room for the pillion. At 1,150 mm, Honda CBR650R is also the tallest among the four bikes. In terms of weight, it is lighter than Suzuki GSX-S750 and Kawasaki Z900, but heavier than KTM 790 Duke. 2019 CBR650R is 6 kg lighter than the earlier model CBR650F, something that has improved its power to weight ratio by around 8 percent.

Engine – Honda CBR650R is powered by a 649 cc, 4-cylinder engine that makes 95 hp of max power and 64 Nm of max torque. All three rivals have higher capacity engines, so naturally their power and torque output is greater than Honda CBR650R. With its 948 cc engine delivering 123 hp / 98.6 Nm, Kawasaki Z900 is the most powerful in the group. However, ironically, it’s the only one that does not offer traction control. Excluding KTM 790 Duke that has croaky parallel twin engine, all bikes have 4-cylinder engines. All four bikes come with 6-speed transmission. Excluding Suzuki GSX-S750, all bikes have assist & slipper clutch. 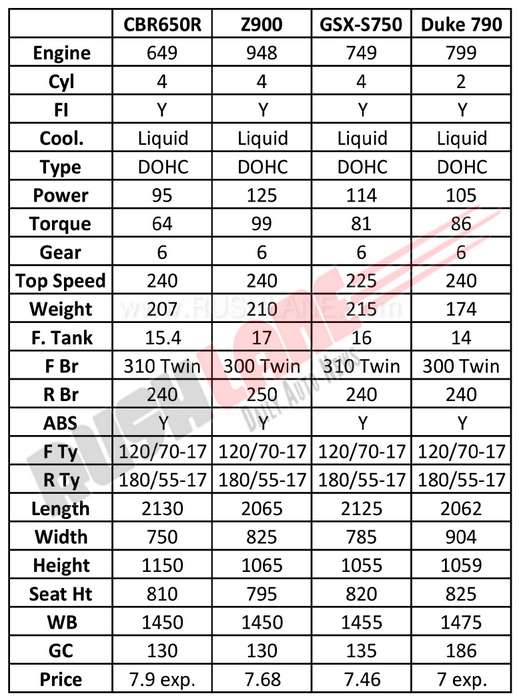