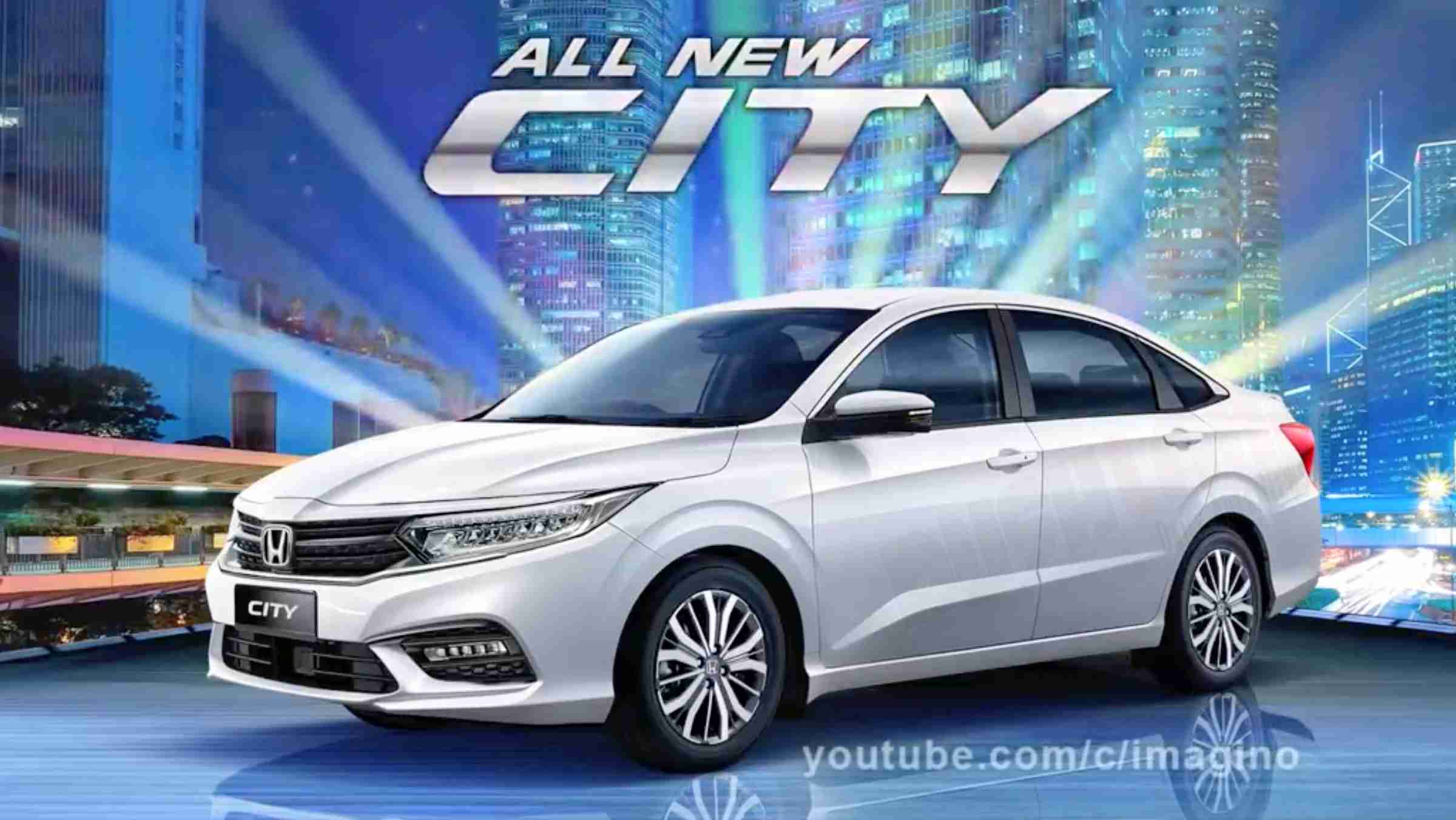 UPDATE – All new 2020 Honda CITY debuts with RS Turbo 1 liter. At an event in Thailand today, Honda will unveil the much awaited 5th generation Honda City. The same car is scheduled to come to India later in 2020, most probably at the 2020 Auto Expo in Delhi.

The first gen Honda City was launched back in 1996, which was followed by a second gen model in 2002. 2008 witnessed the launch of the 3rd gen City which was replaced by the current-gen model in 2014 (which got a mid-life facelift in 2017).

The new City is considerably larger than the current-gen City which is still on sale in India. In terms of design, the City looks more mature and upmarket. Honda has continued to use its ‘Man Maximum, Machine Minimum’ philosophy, which has translated into oodles of space for the occupants. Below are the leaked details, front and rear design render video.

In Thailand, the City will be available with two powertrain configurations. These include a brand new 120hp 4 cylinder turbocharged 1 litre petrol motor which will be sold with a 6 speed MT and a CVT gearbox. This engine has been brought to the lineup considering Thailand’s Eco car rules and additional incentives on compliant cars.

The other engine is a 1.5 litre eHEC mild hybrid petrol unit which had recently made its debut on the 2019 Honda Jazz. Powertrain options for the motor again include a CVT and a 6-speed MT.

In India, considering the diesel frenzy customer base, Honda will still offer a diesel engine options to customers. This will be the same 1.5 litre diesel iDTEC unit which is currently offered on multiple products from Honda’s lineup. However, all engine options in India will be upgraded to meet the upcoming BS 6 emission norms.

For the domestic market, Honda will be manufacturing the next gen City in India. It will help the company with higher levels of localization and allow the Japanese carmaker to price the car aggressively. We expect that the base petrol model’s price to start around the INR 10 lakh mark.

Once launched, the 2020 City will continue to compete with the likes of Hyundai Verna, Maruti Ciaz, VW Vento, Skoda Rapid and Toyota Yaris. Ahead of the launch of the 5th gen City, Honda is all set to bring in BS6 version of the current Honda City sometime soon.