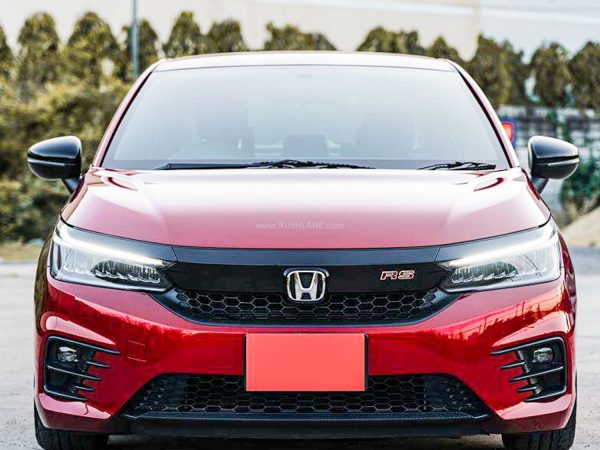 Honda Car India plans to launch its all-new ‘5th Gen City’ (seventh generation globally) on July 15. The Japanese automaker initially planned to launch the C-segment sedan back in March but COVID-19 lockdown protocols came in the way. At first, the sedan was expected to come only in BS6 petrol format. However, Honda has later confirmed that it will arrive in both i-VTEC petrol and i-DTEC diesel formats.

In its latest avatar, the Honda City packs several improvements in terms of styling, equipment, performance and safety. We have already covered these in detail. One can expect the car to be a dominant figure in a segment dominated by the likes of Hyundai Verna, Volkswagen Vento, Skoda Rapid, Toyota Yaris and Maruti Suzuki Ciaz.

The all-new City made its global debut in Thailand last year alongside a sportier ‘RS’ version. Either variant is powered by a 1.0-litre turbo petrol VTEC three-cylinder engine making 120bhp @ 5,500rpm and 173Nm @ 2,000-4,500rpm. It is available mated only to a 7-step CVT.

Honda Car India apparently plans to introduce the powertrain on our market in BS6 specification. This could result in a slight output drop even though it might not affect real-world performance. Compared to the regular variant, the Honda City RS packs some blacked-out details and lacks chrome elements.

Honda claims that the 1.0-litre turbo mill can return a fuel economy of 23.8km/l. In comparison, the current Indian-spec BS6 Honda City has an ARAI-rated fuel economy of 17.8km/l, 18.4km/l and 24.1km/l in petrol MT, petrol CVT and diesel MT formats, respectively.