Sales of Honda City sedan have surpassed sales of its two arch rivals, Maruti Suzuki Ciaz and Hyundai Verna in January 2019. Thanks to increase in sales of City, along with higher sales of Amaze, WR-V and CR-V, Honda became the fourth largest automaker in January 2019, replacing Tata Motors.

It is after a long gap that Honda has regained command to claim a top spot on the list of best selling sedans in the country. Sales in January 2019 stood at 4,855 units, 1,600 units above No.2 spot holder, Hyundai with a total of 3,216 units of the Hyundai Verna sold during the past month. 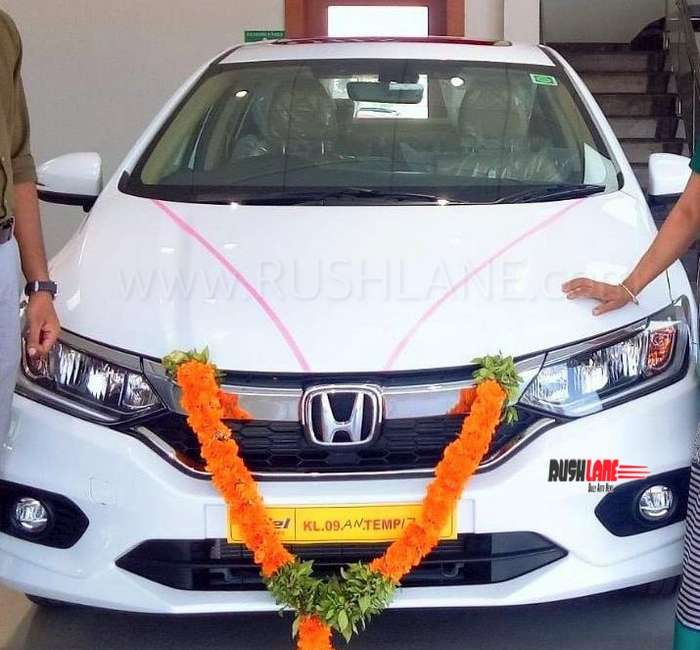 In No. 3 position was the Maruti Ciaz with 2,934 units sold, a notably lower sales pitch as compared to 5,062 units sold in January 2018. At Nos. 4 and 5 on the list of best selling sedans in January 2019 were the Skoda Rapid and Volkswagen Vento with sales of 844 units and 562 units respectively. Toyota Yaris featured on the last spot, with sales of 343 units.

Honda City sedan, launched in India in 1998, has been a favored compact sedan among buyers in the country for the past 20 years despite facing tremendous competition in its class. It was the highest selling sedan in India in 2017. But, lost the title to Ciaz in 2018. Till date, the Honda City has seen four generations come into play with the last update in 2014 followed by a mid life facelift in 2017.

In spite of being on sale for so many years, and maintaining its hold at the top, Honda City is loved by consumers for many reasons. These include reliable engine options, a futuristic design coupled with spacious and technology filled interiors.

Presented in variants of SV, V, VX and ZX, the Honda City is powered by a 1.5 lite i-VTEC petrol engine and a 1.5 liter i-DTEC diesel engine with prices starting from Rs 9.9 lakhs. The company also gears up for the new gen Honda City, which is expected to be launched sometime by end of this year or eary next year.