Ahead of its expected launch in India next year, 2020 Honda City has been revealed with the strong hybrid option in Malaysia

Most of the current generation hybrid cars in India are equipped with mild-hybrid tech, wherein power to the wheels is supplied directly by the combustion engine. In such hybrid cars, the electric motor works to assist the combustion engine by providing additional power and torque whenever needed. Some cars that have this tech include Maruti Suzuki Ciaz, MG Hector and Hector Plus.

Mild-hybrid tech can boost acceleration and improve fuel efficiency, but has its limitations. Honda’s i-MMD is a strong hybrid setup and is more advanced, as it is equipped with an internal combustion engine and two electric motors. The i-MMD setup on new City comes with a 1.5 litre NA, four-cylinder, Atkinson Cycle petrol engine that churns out 98 hp of max power and 127 Nm of max torque. This petrol motor is mostly used as a generator, and to provide direct drive, when at higher speeds. 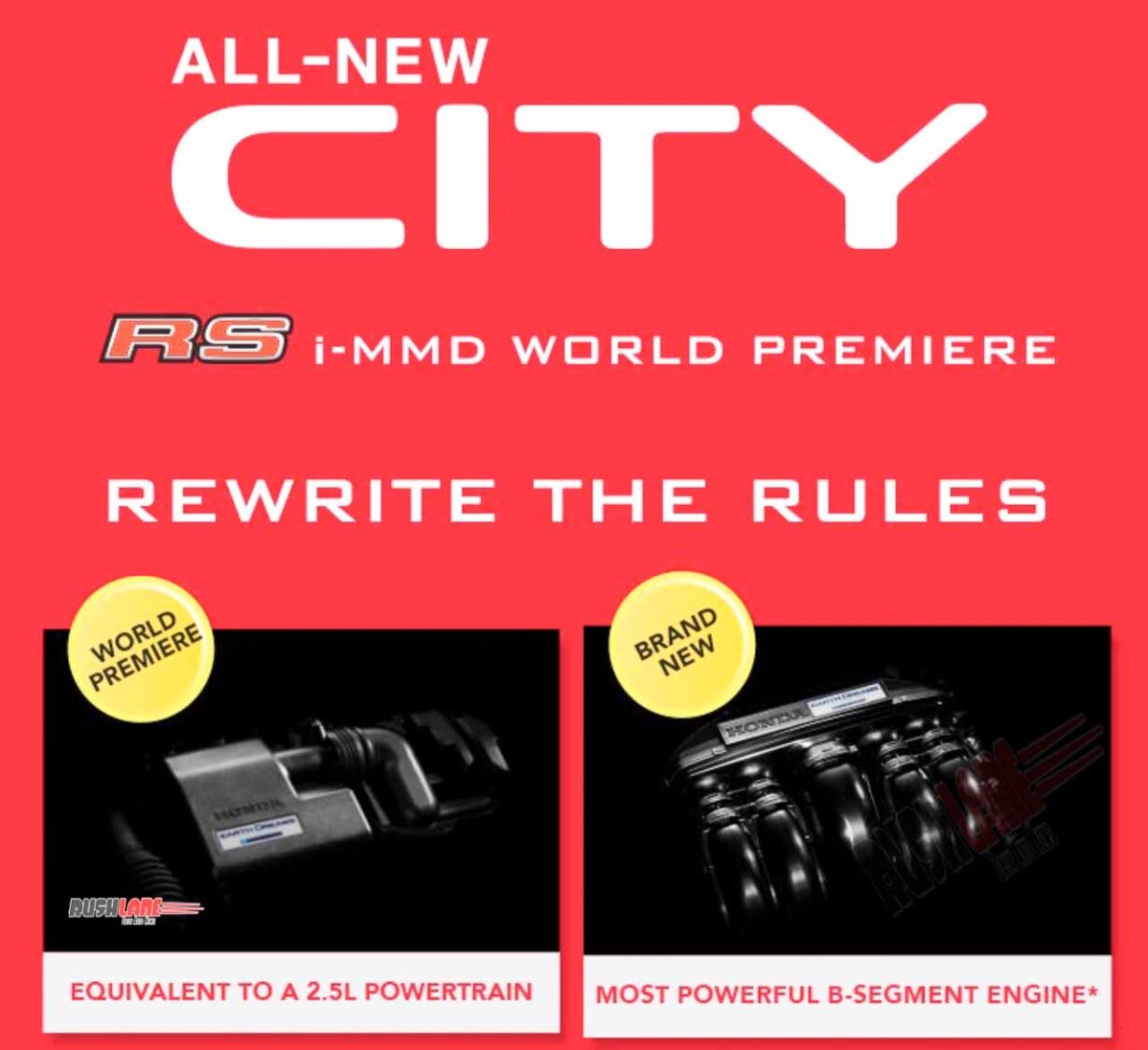 Honda City Strong Hybrid iMMD setup allows three drive modes – EV drive mode, hybrid drive mode and engine drive mode. In EV drive mode, only the second battery is used to power the car. In this mode, the car functions like a fully-electric car. This mode helps save fuel and boost acceleration in city traffic conditions. Below is the detailed first look video.

Honda City strong hybrid may offer several benefits, but it will be priced significantly higher than existing fifth-gen Honda City. Current City is available in the range of Rs 10.90 lakh to Rs 14.65 lakh (ex-showroom, Delhi). It is the most expensive midsize sedan in the country. New City strong hybrid is expected to be launched at a starting price of Rs 15 lakh.