The new Honda Civic has been detailed ahead of launch on 7th March 2019. Dealers have started accepting bookings at Rs 51k. Test drive and display cars are on their way to Honda dealers across India. Some dealers already have received the new Civic, which are now parked in their yard. Dealers will only put it for display from 7th March 2019.

Until now, new Civic was only spotted in red and white colour options. The remaining three colours were not spotted yet. But thanks to Luv Tandon / HVK FB Group, we now have the first images of a new colour option – which is officially called Golden Brown Metallic. Though in the images, it does appear to be a black colour, it is not. The other two colours, which are yet to be seen, are Modern Steel and Lunar Steel. 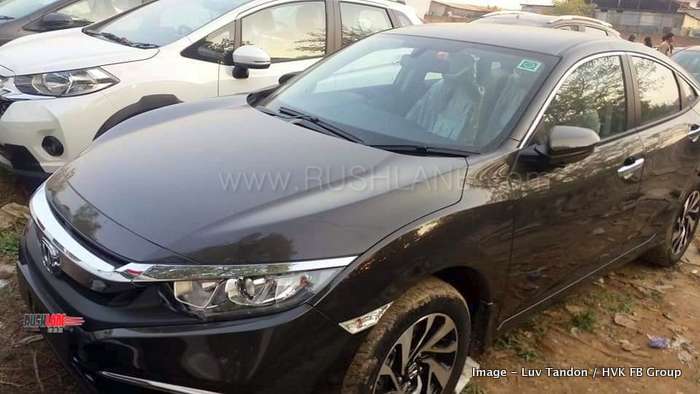 This is the 10th Gen Honda Civic facelift. It will enter the D segment sedan space in India. It receives a distinctive coupe like roofline, LED headlight and LED tail lamps with LED DRLs. It also gets a new front bumper with chrome accents and fog lamp housing while its front grille is seen with piano black inserts. The 2019 Honda Civic sits on 17” alloy wheels in a new design and gets turn indicators on its front fender. Chrome garnish is seen on the fog lamp surrounds, door handle and window line. 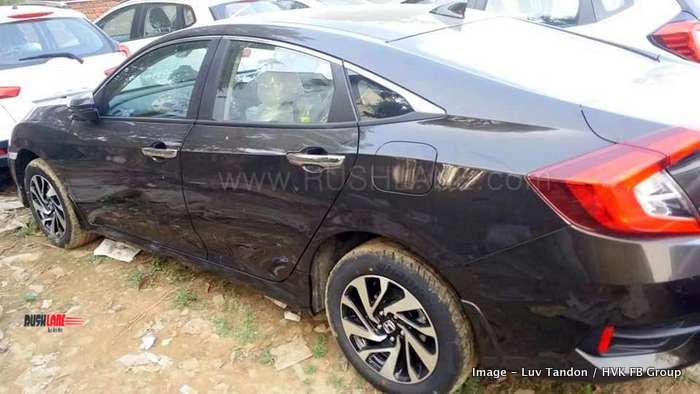 The new Honda Civic gets a smart key that not only allows for keyless entry but also ensures remote start/stop of the engine. The smart key also enables operation of power windows, sunroof and tailgate. The Honda Civic also gets sunroof, automatic wipers, 8 way power adjustable driver seat, seat belt reminder and door open alert among its safety features. 6 airbags, ABS and EBD and ISOFIX child seat mounts will be among its standard safety features. The 2019 Honda Civic has not yet been crash tested in India but has received a 5 Star rating in ASEAN NCAP.