Honda Cars India is set to introduce the next generation Civic facelift in India on 7th March 2019. Ahead of that, the company announced today that production has officially started at the company plant in Greater Noida. The first Honda Civic unit for customer dispatch, rolled out from the production line earlier today.

Commenting on the start of production, Mr. Rajesh Goel, Sr. Vice President & Director, Honda Cars India Ltd said, “We are delighted to begin the production of All New Civic which will be launched on Mar 7. Since this has been a highly anticipated launch in India, we are receiving an outstanding response during pre-launch phase. In just 7 days, we have exceeded our expected 3-week pre-booking numbers which is a testament to the excitement the iconic Honda Civic has generated amongst customers.” 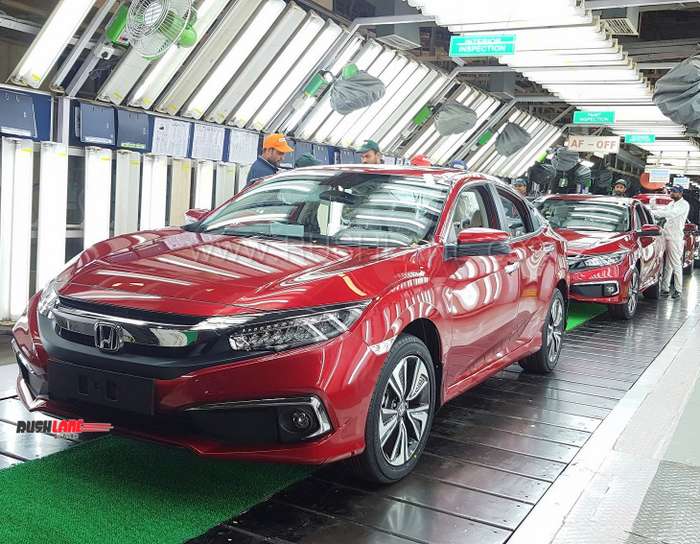 Honda Civic was discontinued in India in 2013 following dismal sales. But the company is optimistic of noting outstanding sales this time round. Though in global markets the Honda Civic is presented in coupe, hatchback and sedan formats, India will get the sedan which will be positioned between the City and Accord in the company lineup.

10th Gen Honda Civic, which will rival the likes of the Skoda Octavia, Toyota Corolla Altis and Hyundai Elantra in India. Its exterior updates will include new LED headlamps, fog lamps, turn indicators on front fender, a wide front grille with piano black inserts and new bumper designs. At the rear, it will be seen with C shaped LED tail lamps, reflectors and new rear bumper. It will also get 17” alloy wheels in a new design while chrome accents will be seen on door handles and window lines. 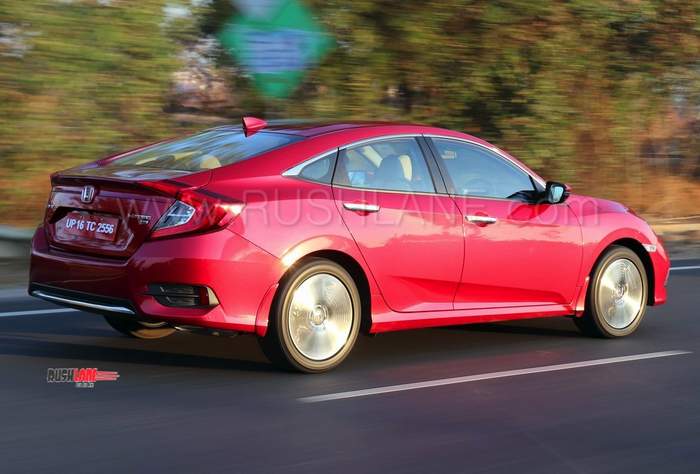 Dimensions will stand 4,656mm in length, 1,799mm in width and 1,433mm in height. It will sit on a 2,700mm long wheelbase and will be positioned on Honda global platform based on the company’s Man Maximum Machine Minimum philosophy.