With media drives scheduled in February 2019, new Honda Civic will be launched roundabout then. This is a comeback after one too many years. About seven years.

2019 Honda Civic sedan comes to India via CKD route with component inputs from Honda Ayutthaya plant in Thailand. In its new avatar it adorns a new design language to take on Skoda Octavia, Toyota Corolla, and Hyundai Elantra. Soon Maruti Suzuki too will offer a rebadged Toyota Corolla in the segment, which too will be a rival to the Civic. 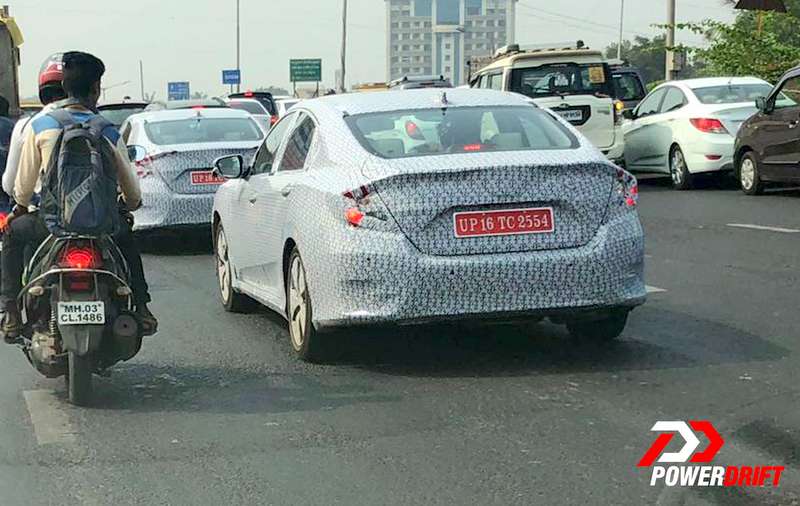 2019 Honda Civic India spec model road tests appear to be in full swing considering the frequency of spy shots that have emerged this week. The latest spy images were shared by PowerDrift, which show two test mules of the Honda Civic testing together on public roads in Mumbai. 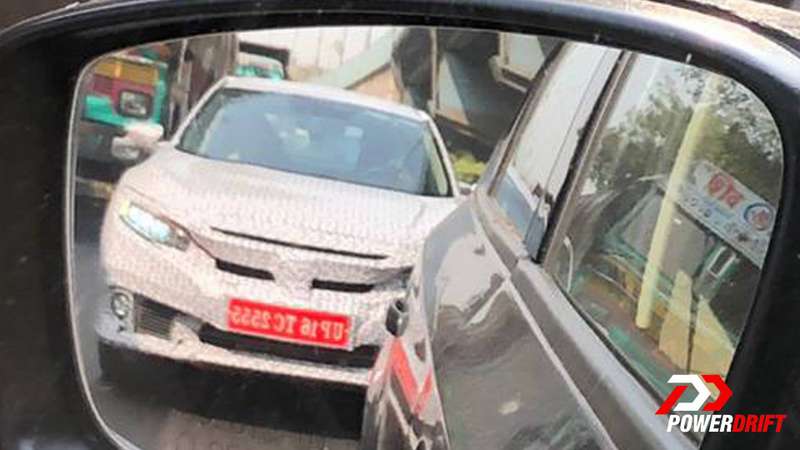 10th-gen Honda Civic was showcased at the 2018 Auto Expo. At the time the company confirmed Civic as one of its planned launches apart from Amaze and CR-V. Honda updated the Civic with a facelift later in August this year. We will get the facelifted Civic, and not the one showcased at Auto Expo.

Powering the Honda Civic in India will be a 1.6 liter diesel engine, which also powers the CRV. This engine delivers 120 hp and 300 Nm. Petrol engine will be in the form of 1.8 liter, generating 141 PS and 174 Nm. Expect prices to be in the region of Rs 18 lakhs.