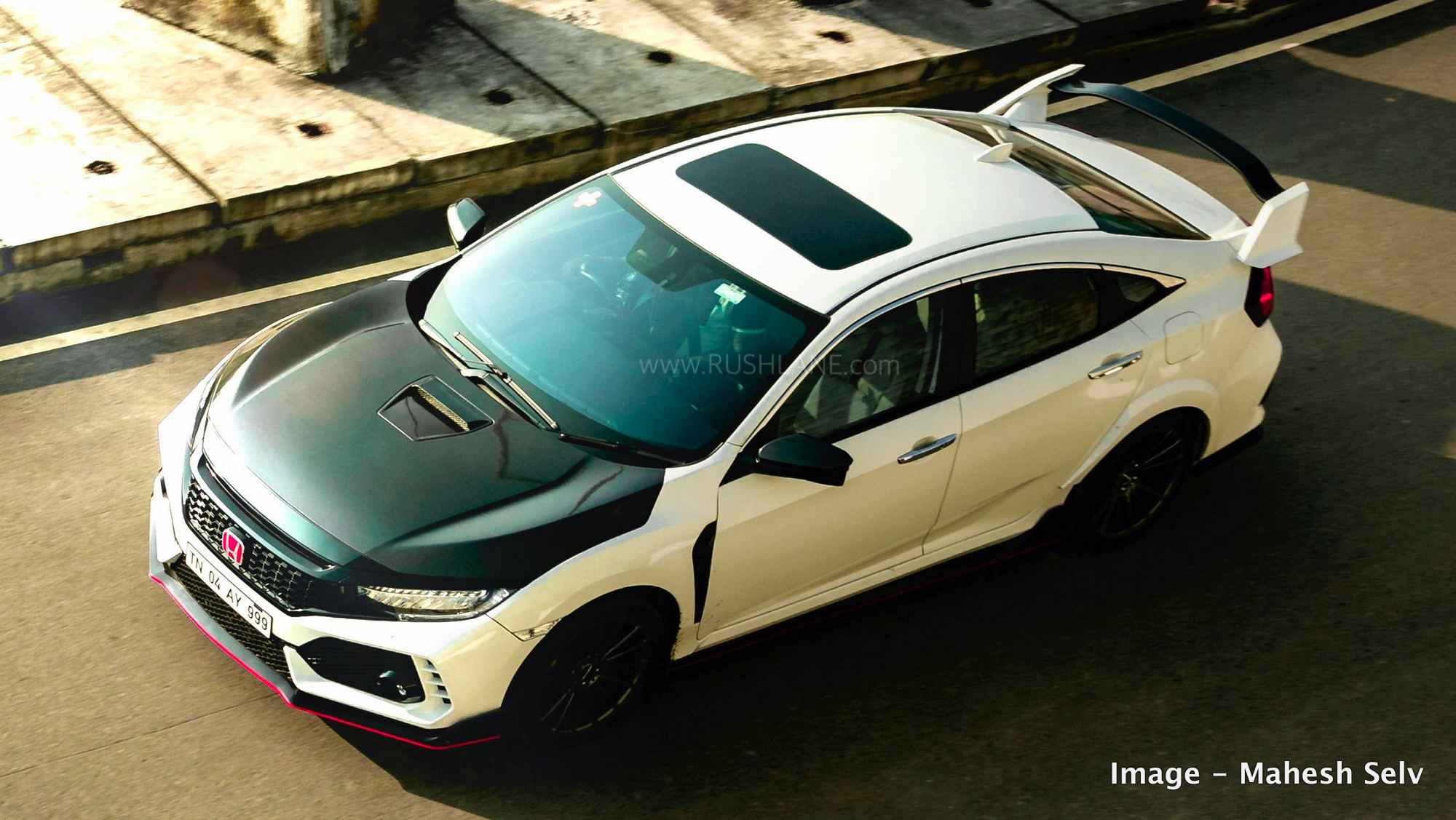 The second-generation Honda Civic (tenth-generation, globally) was launched in India back in March 2019 at a starting price of Rs 17.70 lakh ex-showroom. The previous model sold in the country, the eighth-generation Civic in the global market, grabbed a lot of hearts and was regarded as one of the sportiest sedans of its time. Honda fans claim that the current Civic has been dialled down a bit with the updated 1.8-litre i-VTEC and the new 1.6-litre i-DTEC powertrains.

However, an even major disappointment for Indian Honda and JDM enthusiasts was the Japanese brand not launching the top-of-the-line Civic Type-R here. This makes perfect sense in terms of a business point of view since the Type-R would have had to be a CBU product and the pricing would not have been in any way, justifiable to the masses; except the enthusiasts who know and can afford the car.

Dr Prashanth Arun (@drprashantharun on Instagram), from Chennai, is one among those enthusiasts. He has gone an extra step to show his love for the car, by modifying his regular new Honda Civic i-VTEC to a Type-R. The modification is purely aesthetic and one must agree that the finished product looks really clean. 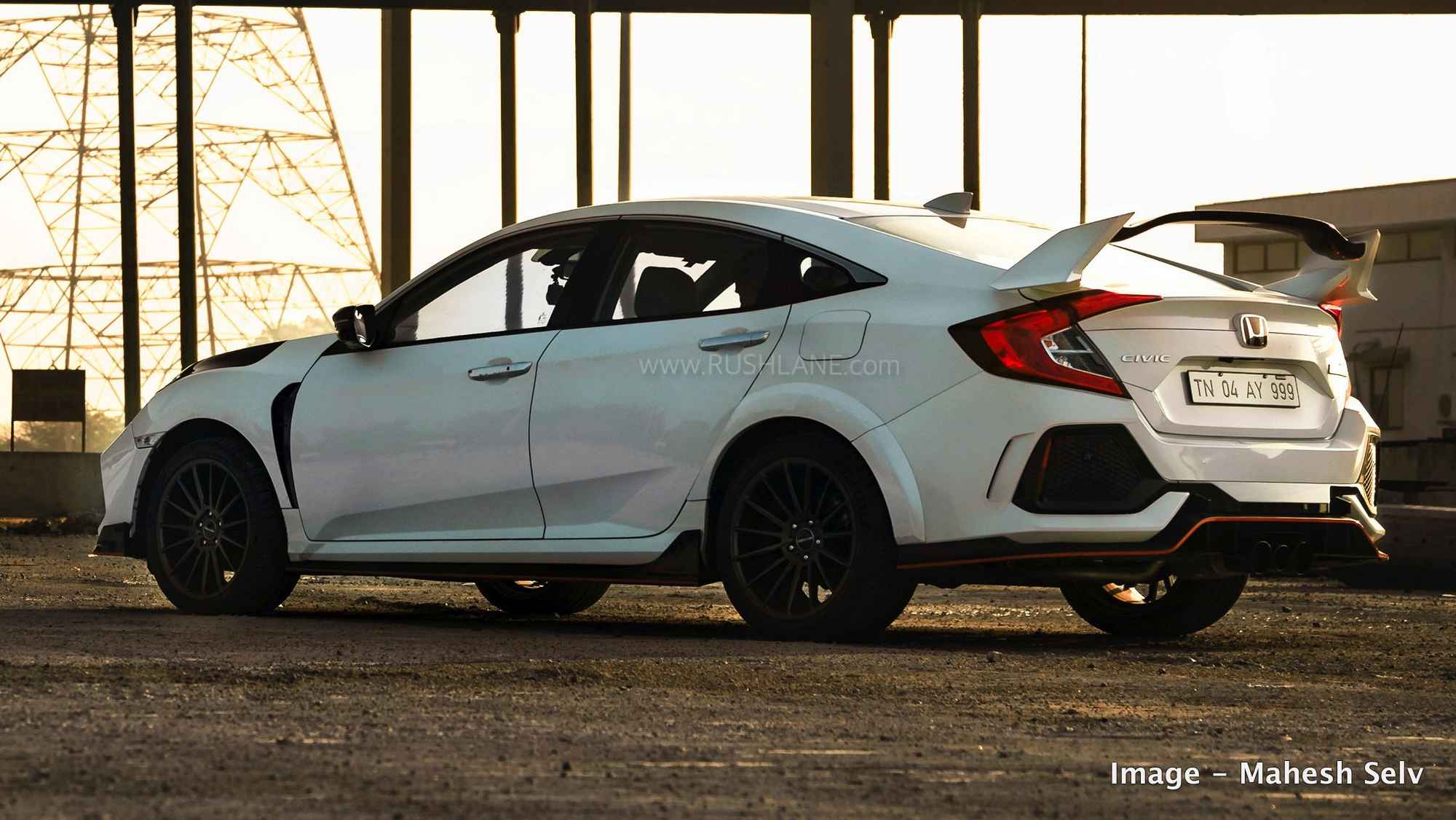 Even though the global Civic Type-R is a hot-hatch and this is a sedan, the perfection of the work makes up for it. The Honda Civic is a popular ‘mod choice’ for customisation shops across the country and honestly, only a handful of them succeed to look good.

Dr Prashanth shares that the major Type-R components (bumpers, skirts, spoilers, etc.) were imported Abhishek Natarajan of API cars in Sholinganallur, who also did the paint job. Since the Indian-spec is almost identical to the global models in terms of design, the ABS body kit was a simple bolt-in job. ‘ABS’ stands for ‘Acrylonitrile, Butadiene and Styrene’ and is an industry-grade thermoplastic resin. The kit was bought and brought home even before the actual car was delivered.

The carbon-fibre bonnet and wing mirrors contrast well with the white body. The black highlights extend to the fenders as well. The car rides on Veeman 18-inch staggered 8J/9J wheels (different widths at the front and back) wrapped with Michelin Pilot Sport tyres; 235/40/18 at the front and 245/40/18 at the rear.

Not much has been done to the engine department, except the addition of a BMC air filter. The interiors are practically left untouched. To get the final finish, the windows were dark-tinted and the body, ceramic-coated. It cost almost Rs 3 lakh to bring the car from stock format to the way it looks now.

The Honda Civic petrol variant uses a 1.8-litre i-VTEC four-cylinder engine that makes 138bhp and 174Nm of torque. It is available only with a CVT. On the other hand, the 1.6-litre i-DTEC diesel powerplant makes 118bhp and a strong 300Nm of torque. It gets a 6-speed manual as well. Do you think Honda Car India should bring the real Civic Type-R to our market?