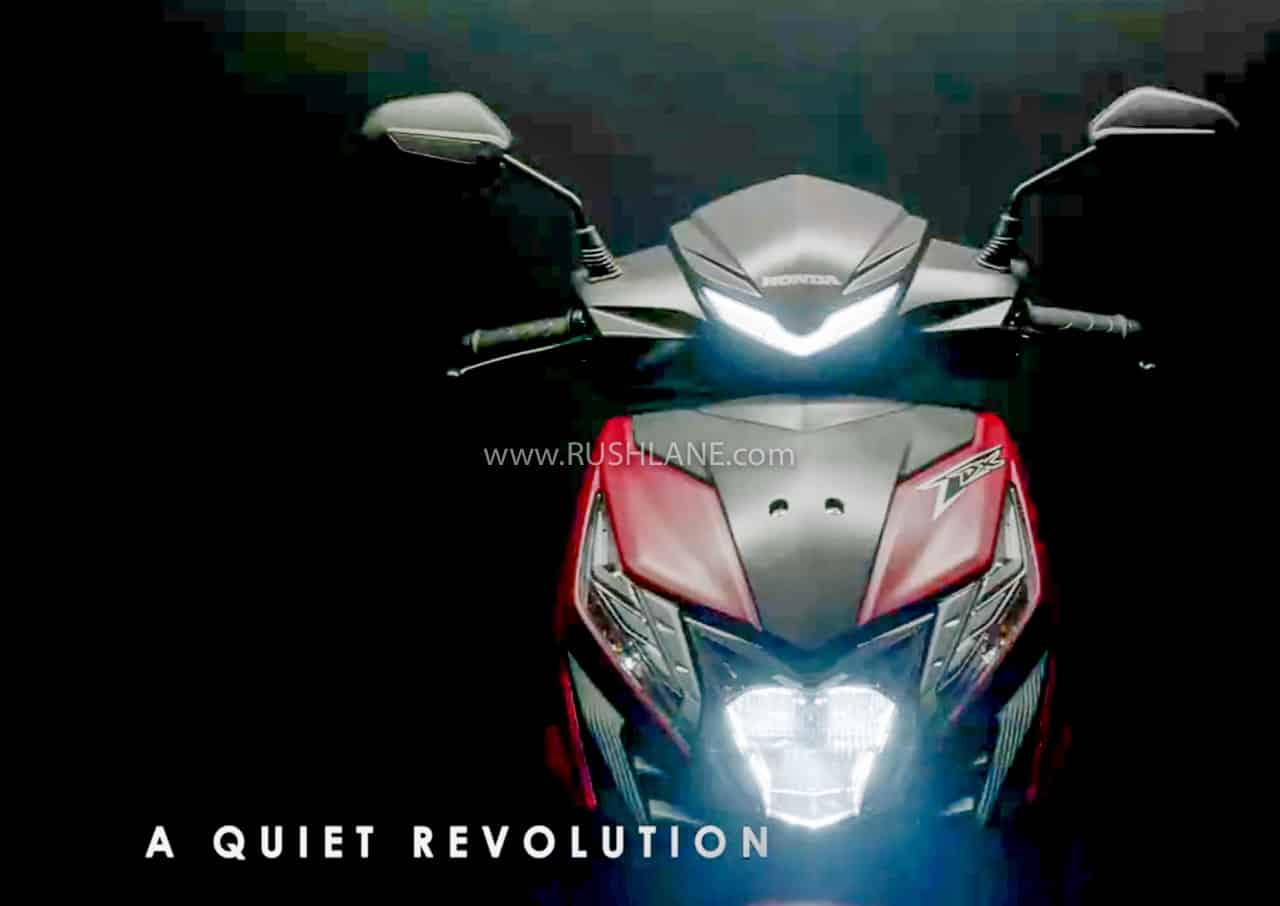 The Honda Dio BS6 has been officially teased with significant changes to the design. It shares its BS6-compliant engine with the new Honda Activa 6G.

Honda Motorcycle India may not be participating in Auto Expo 2020, but has no plans to stay dormant at the start of the year. The Japanese two-wheeler brand has already updated its best-selling product in the country to BS6 specifications in the form of the new Honda Activa 6G. Now, the company has teased the BS6-compliant 2020 avatar of the Honda Dio; another strong seller in the Indian portfolio.

The Honda Dio is, to an extent, a sportier version of the immensely popular Activa. While the Honda Activa is meant for the wider Indian mass as a mainstream CVT scooter, the sharper-looking Dio is primarily aimed at young buyers.

The 2020 Honda Dio gets a revamped design with more cuts, creases and blacks. The updated aesthetics (including the full-LED headlamp and DRL) could be regarded as ‘aggressive’ while the overall theme remains close to that of the original model. New graphics patterns and paint schemes also come with the 2020 package. Even though it isn’t evident in the teaser, the new BS6 Honda Dio might sport telescopic front suspension, like the Activa 6G.

Being based on the same platform as the Honda Activa 6G, the powertrain remains the same. The BS6-compliant 109.51cc fuel-injected engine makes 7.6bhp and 8.79Nm of torque. Output figures have gone down slightly compared to the previous BS4-compliant carburetted unit, good for a higher 8bhp and 9Nm. However, the updated engine boasts of better fuel-efficiency and refinement.

The process of updating to BS6 emission norms have resulted in an output-drop in many other low-displacement vehicles as well; especially in the case of scooters and commuter motorcycles. However, the average buyer of such mass-selling products is not concerned about engine specifications or anything of that sort and priority has always remained on fuel economy, cost of ownership, etc.

At present, the BS4 Honda Dio retails at around Rs 53,000 – 60,000 ex-showroom for the Standard and Deluxe variants. Expect the prices to go up by roughly Rs 5,000 for the new BS6 model, but we will come to know the exact figures in a few days’ time. The Honda Dio primarily locks horns with the Yamaha Ray-Z and Hero Maestro Edge. It also showcases some internal competition with the Honda Activa.