Whenever one thinks of a big and brawny bike, Honda Gold Wing will surely be one of the first to pop up in one’s head. The bike is huge and has a road presence no less than an SUV. Being a premium bike of a reputed global brand, the motorcycle comes with tons of gizmos on offer.

However, the bike misses out on one feature which is still very novel in two-wheelers- adaptive cruise control. Recent introductions of radar-based tech on the brand new Ducati Multistrada V4 and BMW R1250RT have made Honda rethink and the company is now contemplating on adding this technology to its flagship offering.

Patent images of Gold Wing suggest that Honda is working on incorporating a radar-assisted sensor technology on its premium cruiser. This radar-based sensor will most likely be used to offer features such as adaptive cruise control and other safety and convenience systems. While radar-assisted cruise control is a familiar feature in premium cars, it is still a very nascent technology in motorcycles.

Where could the sensors be mounted?

Recent images are proof that Honda idly patenting technology which it isn’t going to use. However, the images do suggest the challenges for the Japanese brand as far as placing the radar on the bike. Going by the images, the radar sensor could be located in the middle of Gold Wing’s massive headlamps. It needs to be kept in mind that radar sensors can see through some materials like plastic, however, the surface needs to be flat and smooth so that it doesn’t intervene with the radar waves. 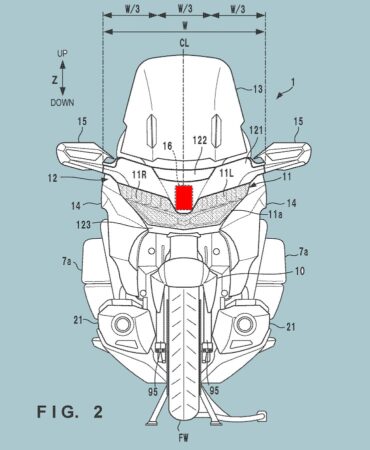 Fortunately for Honda, the space between Gold Wing’s headlights is fairly uncluttered and flat and it intends to place the radar just behind the panel. This would make it invisible in plain sight thus not compromising on the bike’s looks. Honda also plans to bridge the gap between the radar sensor and bodywork by using a sponge-type material in order to prevent vibrations from fairing to reach the radar sensor and affecting its efficacy.

The technology used in radar sensors in Ducati Multistrada V4 and upcoming BMW Motorrad bikes has been jointly developed by the respective manufacturers and German brand Bosch. Similar systems are also developed by Kawasaki and KTM in association with Bosch and are expected to be introduced in future. In all probability, Honda would too source its technology from Bosch. Honda also deals with the German electronic giant which supplies radar sensors for some of its cars to the Japanese automaker. 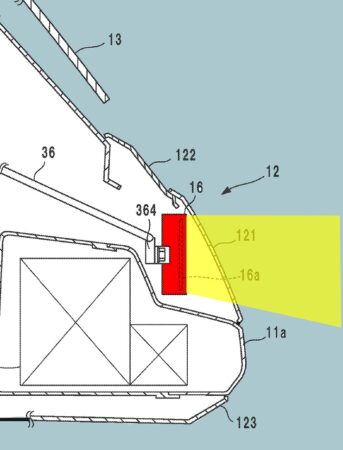 When can we expect it?

The latest iteration of Multistrada V4 also comes with a rear radar system that offers safety features such as Blind Spot Monitoring. Although, the patent images of Gold Wing do not indicate a similar feature onboard.

As of now, there has been no official word from Honda regarding this technology and when will it actually be available on the cruiser. However, if the company uses a radar sensor technology sourced from Bosch which would not require additional development, we might see this feature in production-spec models by 2022.